According to the young lady, she disclosed that men who have children and have not catered for them are not worthy of being a father. It could be recalled that Gifty recently got into a social media war with her ex-boyfriend and singer Mr 2Kay. The singer claimed that Gifty’s baby girl, Alisha, is his daughter but the young lady disclosed that only a mother knows the true paternity of her baby’s father. On Monday, January 14, Gifty decided to slam all fathers who fail to take full responsibility for their children. She disclosed that they will die a miserable death.

Her post reads: “There is a giant difference between a Dad & a Father. Now, a Dad is a sperm donor (one who distributes his sperm around without self-control). While, a Father is one who takes full responsibilities of his child, from pregnancy till date. If you are a man and feel so proud of calling yourself a Father when you never even full plate b4, then you are nothing but a worthless thing and deserve a miserable death.” See screenshot of her full post below: 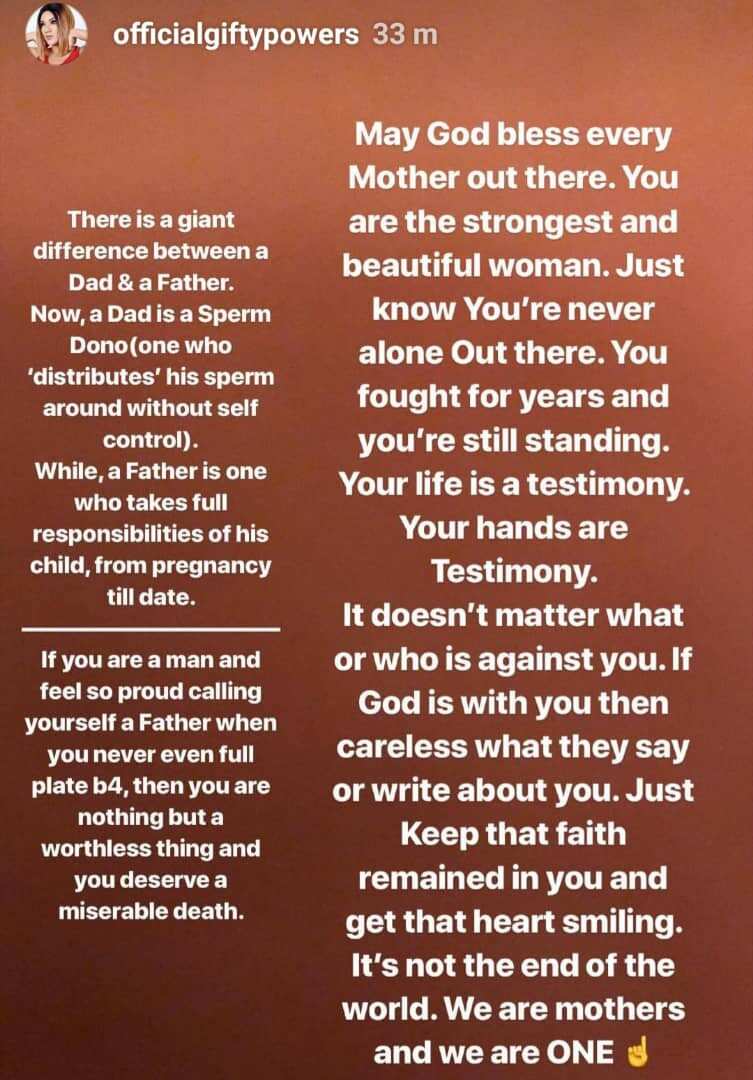 What is direct primary election?.
Richest bloggers in Nigeria and their net worth