The Oyo State Government said on Wednesday that it was ready to empower its indigenes who are returning from South Africa. 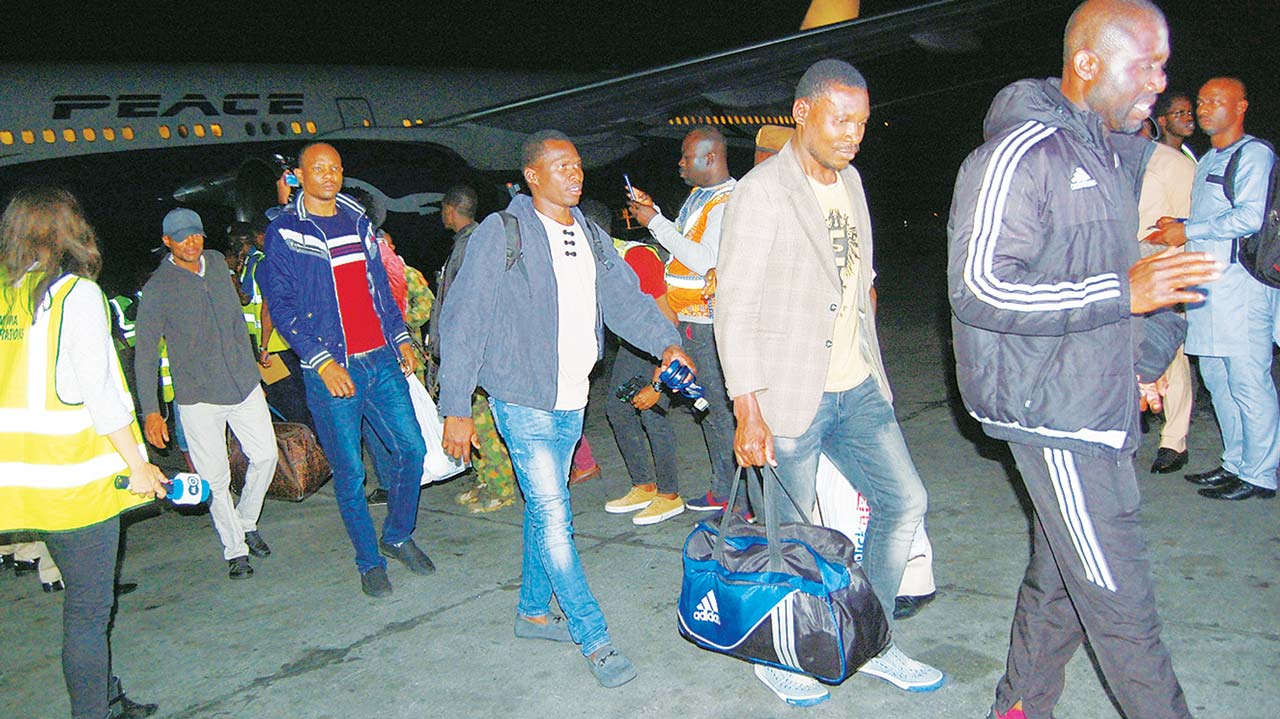 The State’s Deputy Governor, Engineer Rauf Olaniyan, made a declaration on behalf of Governor Seyi Makinde while receiving 30 indigenes of the state who were victims of xenophobic attacks in South Africa, said that the state would not just give them fish, but teach them how to fish.

In a statement by the Chief Press Secretary to the Governor, Mr. Taiwo Adisa, indicated that the government of Oyo State had expressed its readiness to re-orientate and re-integrate the returnees into the society as well as empower them based on their needs.

The statement reads: “I want to assure you on behalf of the Governor of Oyo State, Engr. Seyi Makinde, that you have no reason whatsoever to go back to South Africa or anywhere again.

“We are going to provide for you; we are here for you. The people that you left behind voted for us in your absence and we will tell them that they did not make a mistake.

“We are not going to give you money but we will provide for your needs based on your requests when we get your needs assessment through adequate profiling so as to cater for your needs.

“I welcome you back. You may not like this, I am happy to see you here. It is not that I like what happened to you. One of you said he left with nothing, but I tell you that is not correct. As far as you are alive there is hope and Oyo State is the hope you need because there is a new dawn in Oyo State.

“Because the state is going to create a lot of opportunities in the area of Agribusiness, you have a lot to do. For some of you who are interested in government work, thank God the state has not recruited yet, when the time comes and you have the prerequisite qualifications, you will be considered.”

He further said: “I want to urge you all to inform other Nigerians who are still residing in Saudi Arabia and other foreign lands to return home, because there is plan in place to revolutionize agriculture to create economic opportunities for residents and there will be better plans in abundance for the returnees in Oyo State.”

The state government proceeded to make cash provisions of N30,000 each available to the returnees as transport fare to their various destinations within the state, pending the assessments of their needs and further actions from the government.

Speaking on behalf of returnees, Mr. Lawal Bolatito appreciated the efforts of the Oyo State government and further appealed for government to empower them and create job opportunities.

Lagos: How We Battling With Traffic Challenge -Sanwo -Olu
Lagos- Another Baby Factory Discovered In Less Than Two Weeks