Kyari said he would make the NNPC to be a global company of excellence to portray the good image of the company. 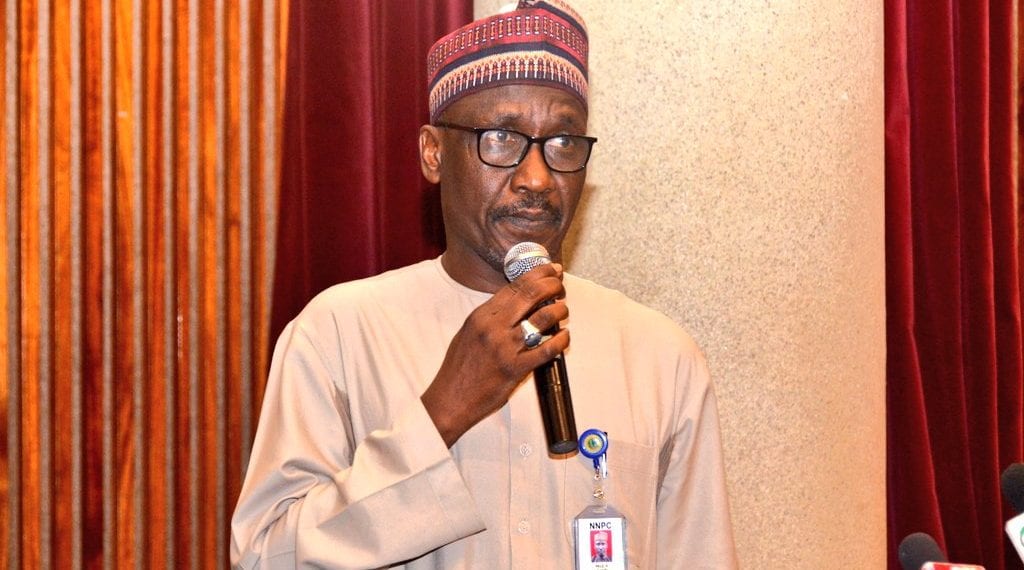 He made the pledge on Tuesday in Abuja when he paid a courtesy visit on the Secretary to the Government of the Federation (SGF) Mr. Boss Mustapha in his office.

Accompanied by his predecessor, Mr. Maikanti Baru, Kyari expressed gratitude to God for the reappointment of Mustapha as SGF.

According to him, we are here on a courtesy visit to the SGF, and also for the outgoing GMD to formally hand me over to him.

He said he would continue with the good works executed by his predecessor to take the company to the next level.

“We will reposition and we will make NNPC a global company of excellence.

“As part of the leadership of the company before now, there are good works that my predecessor has done during his tenure and we will continue from there,” he said.

The new NNPC boss also assured that the country’s refineries would be revamped to ensure that incessant fuel scarcity was curtailed.

“We will sustain and build on the progress we met on ground and also to ensure that we align completely with the vision of Mr. President to ensure that there is peace in the Niger Delta region.

“To also ensure that petroleum supply is sustained in such a way that Nigerians do not cry anymore over fuel issues in the country,” he said.

Mr. Femi Gbajabiamila, Speaker of the House of Representatives, who was also on a courtesy visit to the SGF, emphasized on the need for harmonious relationship across all arms of governments to reposition the country.

According to Gbajabiamila, my visit to SGF is to come and congratulate him on his reappointment, deliberate on issues affecting the government.

He said: “We are going to have a good executive/legislative working relationship in the next four years.

This, he explained is all about good governance which would affect Nigerians positively.

In his response, Mustapha assured them of good working relationship in order to have a stable government in the next four years.

According to the SGF, in all the interactions I have had with the outgoing GMD of NNPC, the transition process in itself attest to the fact that we will have stability in the NNPC industry.

Hauwa, The Female Kidnapper Who Uses Her Beauty To Lure, Abduct Men

Beware, Merchants Of Fake News On The Prowl Presidency

Nigeria Lady Proposes To Her Girlfriend In Edo State

Hauwa, The Female Kidnapper Who Uses Her Beauty To Lure, Abduct Men

Beware, Merchants Of Fake News On The Prowl Presidency

Nigeria Lady Proposes To Her Girlfriend In Edo State

No King Above The Law, Protesters Demand Suspension Of Oluwo

BUA Truck Crushes One To Death, Injures Four In Abuja