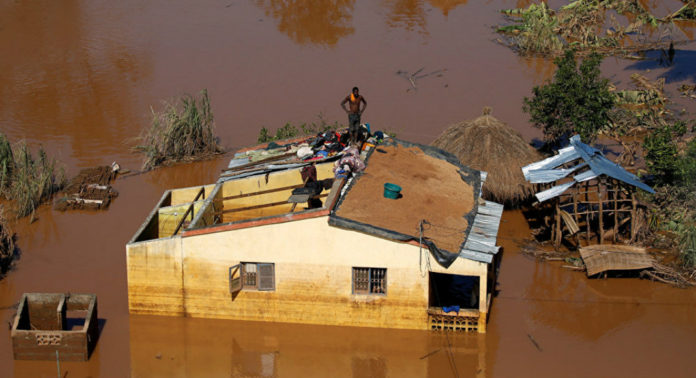 Uganda has donated $200,000 dollars to assist victims of Cyclone Idai in Mozambique. Uganda’s ministry of foreign affairs said in a statement that the donation is a fulfillment of President Yoweri Museveni’s pledge to assist the Cyclone-affected people.

United Nations (UN) had on Monday called for donations of $282 million for to help those who have been affected by Cyclone Idai in Mozambique over the next three months.

Authorities in Mozambique said on Sunday that 446 persons have been recovered, while hundreds of thousands have been displaced.

Several communities in Malawi, Zimbabwe and Mozambique have been submerged in water after being hit by Cyclone Idai a fortnight ago.

UN Undersecretary-General for Humanitarian Affairs, Mark Lowcock, said the funds would be used to provide health, water, sanitation and education, as well as to restore their livelihood.

“The requirements have been released, it has been sent out across the world and some governments are already considering funding for that appeal.

“The people in need are 1.85 million in Sofala and Manica provinces, and the targeted people are 1.72 million,” Mr. Lowcock said.

He added that they were still in need of nurses and technicians, but the government and UN are mobilizing resources to support the affected families, with support from other partners.

Nigeria Will Borrow To Fund 2019 Budget, Says Finance Minister
APC Explains Why It Will Not Intervene In Okorocha’s Issue With INEC