Tottenham fought to get a win in the first leg encounter thanks to a clinical finish from Hueng Son Min ( jersey no 7 ) who ran after a ball almost out of the playline, he managed to get past Fabian Delph of Man city and hit the ball with his left foot, the ball spiraled under City’s Goalie Ederson straight into the net. 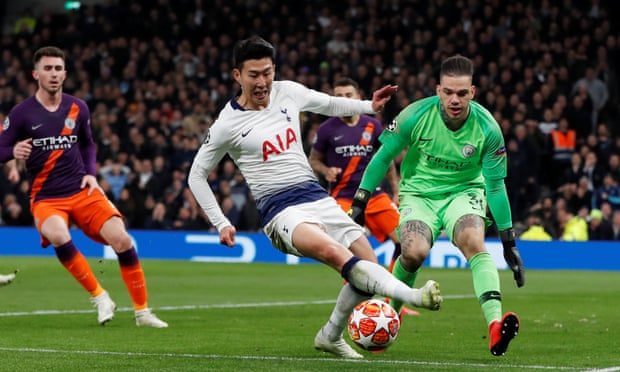 Tottenham also had a injury problem when Harry Kane was carried out straight to the dressing room, he twisted his ankle after a fatal collision .

The return leg will be played at the Ethiad Stadium Manchester, England and with Tottenham just a Train ride away, there should be no need for Travel fatigue for the Spurs players. Mauricio Pochettino looks to use this to make a statement that his Team is not in the competition to be walked on, rather they will give it all it takes.

Yet City’s history bid could evaporate in the space of seven days if they lose to Tottenham and then fail to take maximum points from Premier League matches against Spurs and Manchester United. “Definitely. If we don’t win these games we will be out of two competitions. I’ve had this feeling for weeks,” Guardiola said.