Just yesterday Nollywood actress Uche Ogbodo set the internet on fire with her naked pictures in celebration of the 33rd birthday. The light-skinned mother of one posted the racy photos in which she posed completely nude and also penned down a short message: 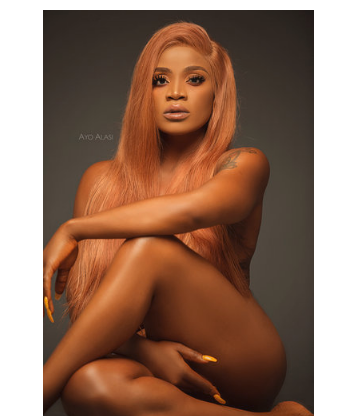 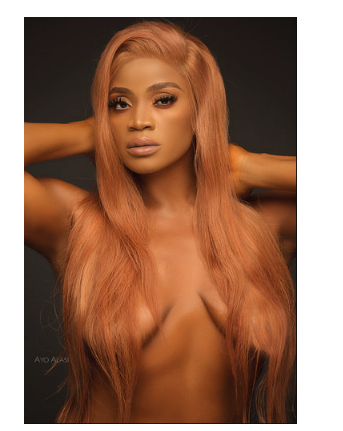 I didn’t choose this Life ,this Life Chose me.
I didnt Choose to Be Born without a Silver Spoon, the option wasnt given to me.
.

I never chose to be born in Poverty, To grow Up in the Ghetto,To Drop Out of School , I just Found mySelf there.
.

I Didnt Choose to be A STAR, although I Knew i was Special, My Parents knew it too, Until Nollywood Chose me. .

I always Dreamt and prayed for Love, for a Real Man a husband, for A happy Family , But Single MOTHERHOOD Chose.
.

They All Chose ME without My Permission!.
.
The Only Choice I have Is In Choosing Who I want ME to BE, A GODDESS. ?

So Before you criticise me, PRAY for me, I need My Strength, Your Strength, and Devine Strength. .

Becos this woman Right here has seen the good, the bad and the Ugly….But I Survived.
A Goddess is not Afraid to Fail. For no matter how many times life knocks me down, I will get right Up.
For I have what it takes, FIERCE, SIMPLE, CRAZY, SMART, STRONG, hehehe to Rewrite My STORY. .
Happy birthday to me

While the actress’ post attracted some likes, another colleague of hers Eniola Badmus was quick to slam her. This was as a result of the fact that Uche had recently joined famous journalist Kemi Olunloyo in body shaming her. Olunloyo had earlier called out Badmus, telling her to do something about her weight and Ogbodo also added her two cents. Obviously in the mood for pay back Eniola Badmus took to social media to slam her colleague: Timo Werner Linked With A Move To The Premier League