Tensions increased between Hong Kong and China on Tuesday 13th of August,2019 as protesters occupying Hong Kong’s main airport clashed with riot police, amid reports that forces and military assets were being assembled by Beijing near the border with the city. Baton-wielding police in riot gear clashed with protesters putting on mask at the airport, which is one of the largest in the world. For a second straight day, the mass demonstrators had largely closed down all flights out of the airport, barricaded several entrances with luggage carts ion an attempt to slow the police approach.

The seizure of the massive airport was the demonstrators’ latest escalation in a campaign originally sparked by plans from Hong Kong’s government for an extradition law with Beijing that many Hong Kong residents saw as an infringement on the city’s autonomy and guaranteed right to its own government and economic systems. 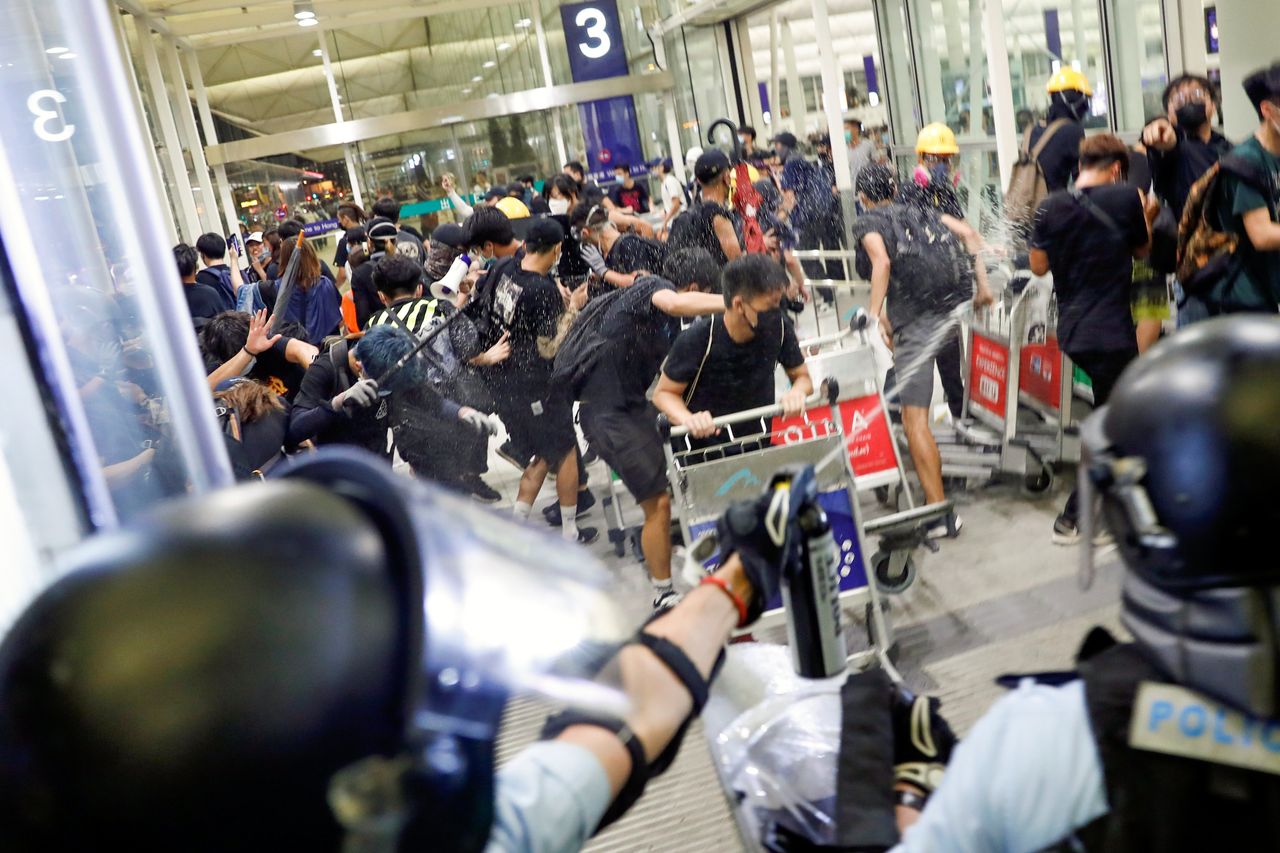 The surging tensions have sparked a fierce debate over whether and how long Chinese President Xi Jinping and the Communist Party will allow the standoff to go on. President Trump fueled the speculation with a Twitter post on Tuesday that said U.S. intelligence “has informed us that the Chinese Government is moving troops to the border with Hong Kong. Everyone should be calm and safe!”

It could not be determined whether Mr. Trump was revealing fresh troop movements or deployments already reported in the media over the weekend and on Monday. Paramilitary police were seen assembling across the border in the city of Shenzhen for what officials described as training exercises.

Mr. Trump also took heat from Democratic rivals and some Hong Kong advocates for not speaking more forcefully against the government’s pressure tactics, even as Beijing and Washington are engaged in a fierce trade war.

The Reason Why Manchester City Were Not Punished as Heavily as Chelsea – FIFA
Ikeja Electric, MOJEC Advise Customers On Meter Registration Process