The Atletico Madrid French forward release clause is set to be paid today.

Antoine Griezmann is expected to undergo a medical and sign his contract with the Spanish club on Monday, according to Sport. 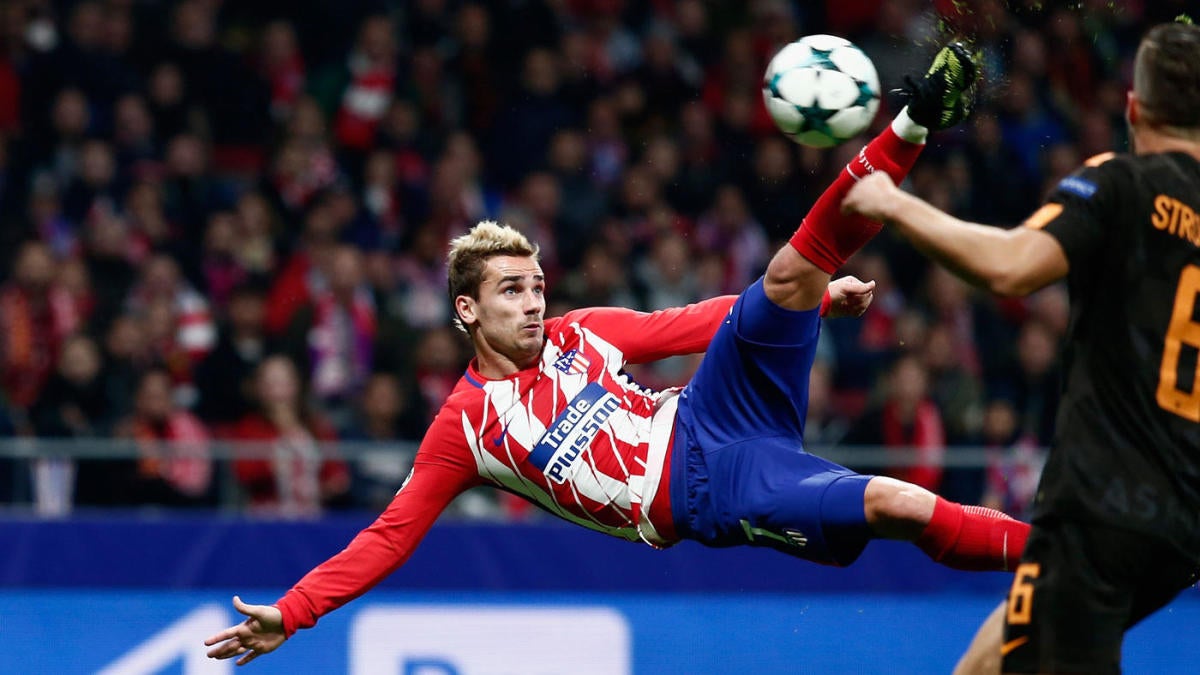 Barcelona is expected to pay the €120 million (£108m/$135m) release clause in Griezmann’s contract today, but will not finalise the transfer until after the weekend.

The France international is due to travel to Barcelona from Ibiza on Sunday before having a medical, with the forward then holding a press conference alongside club president Josep Maria Bartomeu at Camp Nou.

Real Madrid’s pursuit of Paul Pogba remains one of the top transfer stories of the summer, and it is one that the club expects to go right down to the final days of the transfer window.

The French star midfielder has been linked with the Spanish side in recent weeks after stating that he could seek a new challenge away from Old Trafford. Agent  Mino Raiola only furthered those rumours by adding that he is “in the process” of ensuring Pogba will leave Manchester United for a new club this summer.

Real Madrid are seen as the favorite to sign the midfielder despite Juventus also having interest in bringing the player to Italy.

However, Madrid’s pursuit of Pogba is a complicated one that will likely be unresolved before the season kickoff in August.

Another variable is the difference in transfer windows, as the market closes in England on August 8 while Spain’s window closes nearly a month later.

The Spanish side expects the situation to drag on right until the close of the window, with a Los Blancos source adding: “Summer is quite long.”

Real Madrid are prepared for that fact, as they themselves have business to do before making any sort of big-money move for the Frenchman.

Having already bought the likes of Eden Hazard, Luka Jovic and Eder Militao as part of a summer spending-spree, Madrid would have to offload players like Gareth Bale, Isco and James Rodriguez in order to raise the money necessary to facilitate a move for Pogba.

The Frenchman is currently in Australia with the rest of his Manchester United team-mates as the club prepares for a pre-season clash with Perth Glory.

Liverpool boss not planning for a busy transfer window

Liverpool coach Jurgen Klopp has confirmed that he is not planning for a busy summer transfer window. Klopp has invested heavily in his squad over the past 18 months in bringing in the likes of Virgil van Dijk, Alisson and Fabinho, and he will also welcome Rhian Brewster and Alex Oxlade-Chamberlain back into the first-team squad this coming 2019/2020 season following long-term injuries.

That has left the German tactician feeling he does not need to make any major adjustments to his squad for the coming campaign.

Kashima Antlers forward Hiroki Abe is on the edge of moving to Barcelona after the two clubs agreed on a deal in principle for the 20-year-old.

The Japanese, who played an integral role in the Antlers’ AFC Champions League-winning campaign last season, will become a Barcelona player once he has successfully completed a medical at Camp Nou and agreed to personal terms.

The Tokyo-born star was handed the J League Rookie of the Year award last season, and won his first international cap as recently as last month, coming on as a substitute in Japan’s clash with Chile at the Copa America.

La Liga giants and champions, Barcelona are expected to draft Abe into their reserve set-up once he has arrived in Catalunya, but a fast-track to the first team over the coming months has not been ruled out.

“I have spent two-and-a-half years since graduating from high school at Kashima Antlers, and I was able to grow as a human being and as a professional soccer player,” he said.

“The fact that I was able to fight for my own pride makes it a difficult decision to leave the team this season, but I have decided to make a new move to Barcelona.”

Abe was also quick to acknowledge the challenges he will face following his move to Spain at such a young age but insists the tests that lie ahead will only help his development.

“I believe that the various difficulties and barriers I will face from now on are also absolutely necessary for my growth,” he added.

“I would like to face football, thank you very much.”

Abe follows in the footsteps of fellow Japanese prospect Takefusa Kubo, who signed for Real Madrid last month after leaving FC Tokyo. The 18-year-old also made his international debut at this summer’s Copa America tournament.

He could well have lined up alongside his countryman at Barcelona after Kubo’s spell at Camp Nou was previously cut short after they were found to have breached regulations regarding the acquisition of players under the age of 18.

Buffon rejected the two Manchester clubs before re-signing for Juventus

Legendary Italian goalkeeper Gianluigi Buffon has revealed he turned down offers from both Manchester United and Manchester City this summer before making an emotional return to Serie A champions Juventus.

The 41-year-old was wary of the potential of another bit-part season had he moved to the Premier League after making just 25 appearances for Paris Saint-Germain last season.

According to Daily Mail, it is claimed that Buffon could have doubled his wages if he had opted to switch to either of the Manchester clubs, but the stopper, who has a record 176 caps (appearances) for Italy to his name, was not prepared to play as a second choice to Ederson or David de Gea.