Immanuel James who was accosted by SARS officers at Okota, demanding for money took to Facebook to solicit for help after he had to hide in a bank toilet and dropped a Facebook post before his phone battery went off, revealing what the officers were up to. 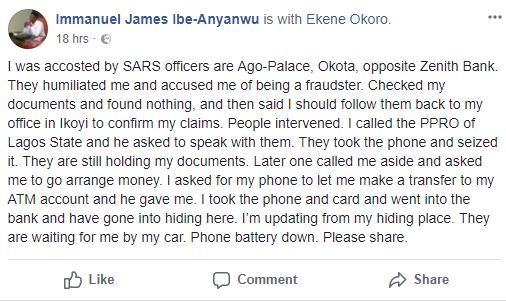 The police command has also reacted to the incident and revealed that the SARS officers will be identified and arrested. 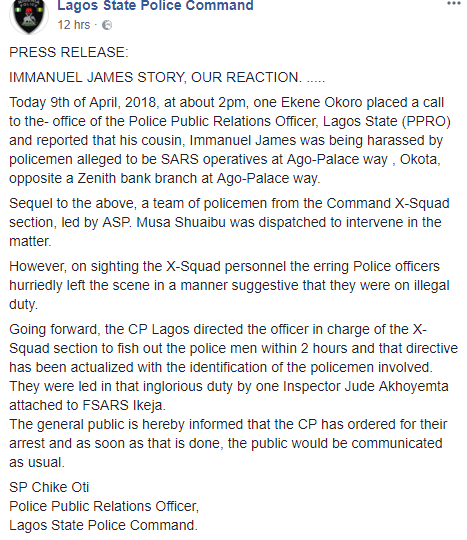 Bagudu, Ekweremadu top list of Nigerians Who Own Properties In Dubai