The ANC’s executive committee met in Pretoria for 13 hours Monday in an attempt to end a standoff with Zuma, who is steadfastly resisting pressure to resign.
In a statement, the ANC said it would provide an update on events at the party’s Johannesburg headquarters at 2 p.m. local time Tuesday (7 a.m. ET).
One of the possible outcomes of the meeting could be a decision to “recall” Zuma, which would effectively end the 75-year-old’s presidency. 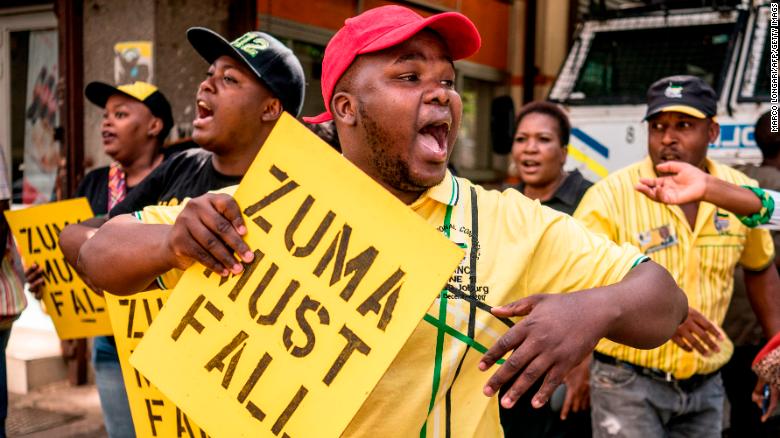 South Africa’s opposition parties have insisted that a no confidence vote against Zuma must take place in the country’s Parliament this week and have threatened to file charges in the Western Cape High Court if the Speaker of Parliament does not respond by Tuesday morning local time.
They are also pushing for the dissolution of parliament and early elections.
Zuma has clung on through repeated scandals and attempts by opposition parties to remove him. After refusing to resign when pressured by the ANC’s top six leaders, he bought time by negotiating directly with Cyril Ramaphosa, his presumed successor and leader of the party.

At an ANC rally in Cape Town Sunday, Ramaphosa said Monday’s meeting would “finalize” the matter.

Zuma has been dogged by corruption allegations for years, earning the nickname the “Teflon President.” Last year, South Africa’s Constitutional Court ordered him to repay millions of dollars in public funds spent on refurbishing his private homestead.
He also faces more than 783 allegations of corruption relating to a 1990s arms deal. Zuma denies all the corruption allegations against him. 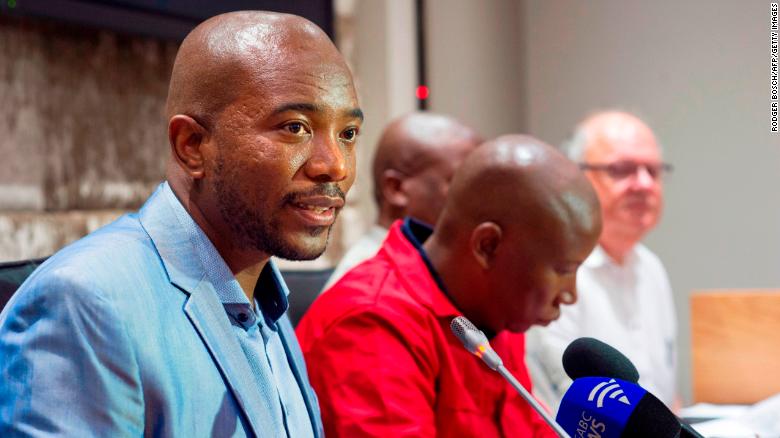 Maimane said that the Democratic Alliance and other opposition parties agreed to mass action on February 22, the day of a scheduled parliamentary no-confidence vote over Zuma.
“South Africans must flood the streets,” he said.