Liverpool FC will be without their star player Mohammed Salah as the Egyptian talisman picked up an injury in their League match against Newcastle United on Saturday and he had to be stretched off the pitch.

The injury came after he had a collision which led to a concussion.

He now joins Roberto Firmino on the sidelines ahead of a crucial showdown with the Spanish champions at Anfield, as Klopp confirmed on Monday.

“Precaution? No, it’s a concussion, which means he is not allowed to play. He feels OK, but it is not good enough from a medical point of view.”

Barcelona, buffered by a three-goal lead after the first leg, tweeted: “Games like these are for world-class players. Get well soon!”

However, Liverpool will now have to cope without two of their main attackers against Barcelona, with Xherdan Shaqiri likely to be drafted in following his impressive cameo at St James’ Park.

Klopp acknowledges the size of the task facing his side but is hopeful the Anfield crowd can make a huge difference on the night. 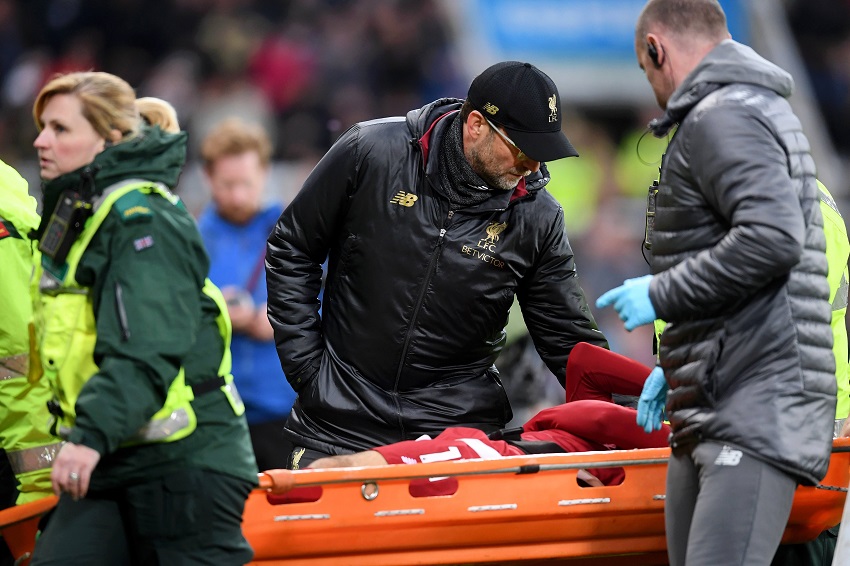 “Two of the world’s best strikers are not available and we have to score four goals against Barcelona.

“That doesn’t make life easy, but we will try. If we can’t do it, let’s fail in the most beautiful way.”