There’s fewer better sights in football than watching a player beat their man with a combination of speed and trickery.

When thinking back to some of the greatest dribblers in recent times, some names that come to mind would inevitably be Cristiano Ronaldo and Lionel Messi: both of which having shown they can do pretty much anything with the ball at their feet.

But, who, according to statistics, is really the best dribbler in world football?

CIES answered that question back in April 2017 when they analysed the best dribblers across Europe’s top five leagues, with Adama Traore surprisingly topping the list.
Just behind Traore was Eden Hazard, whereas big names such as Neymar, Messi and Alexis Sanchez all made the top ten.

Almost a year on from compiling that list, CIES have now published another report detailing who has been the best dribbler in the top five European leagues so far this season.
THE TOP 25: 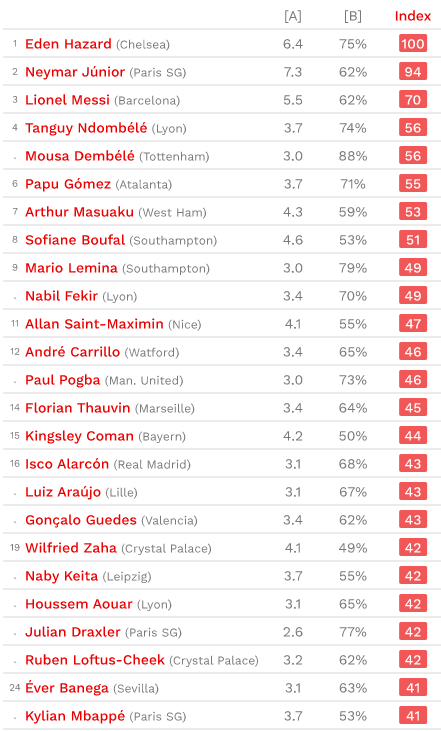 Image: CIES
11 months later CIES have once again used OptaPro data to analyse the dribbling skills of some of the world’s best.

Once again some surprise names feature in the top 100 list, with the likes of Tanguy Ndombele, Arthur Masuaku and Naby Keita featuring among the usual suspects.

Using OptaPro data, CIES multiplied the average number of dribbles players achieved per 90 minutes with the percentage of successful ones, before coming up with an index score.
And when doing so there was only one winner: Eden Hazard. 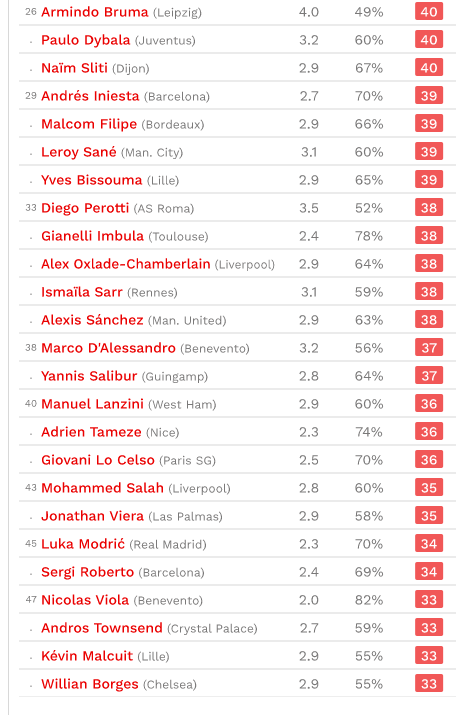 After coming second the year prior, Hazard went one better this year. He completes on average 6.4 dribbles per 90 minutes, with 75% of his dribbles ending in success: giving him a dribbling index of 100.

Coming narrowly in second is Neymar, who finished with an index of 94, whereas rounding out the top three is none other than Lionel Messi, who is ranked the 3rd best dribbler in the top five leagues with a dribbling index of 70. 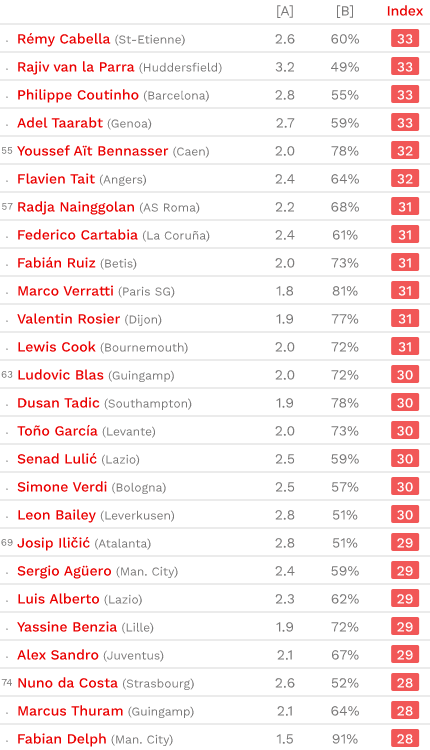 Unfortunately, somewhat as usual as it was same fate last year, there was no place on the list for Cristiano Ronaldo, who also did not make the top 100 in last year’s study from CIES.