An Indian teenager named  Lalit Patidar, was born with an  illness called Congenital Hypertrichosis which  has left his whole face covered with hairs.

The disease which  causes abnormal amounts of hairs up to 5cm long on the arms, legs and face, is an incurable one.

Lalit, who despite his condition, says he hopes to be a police officer in the future. He  noted how friendly his school mates are to him and how strangers throw stones at him calling him a “monkey” 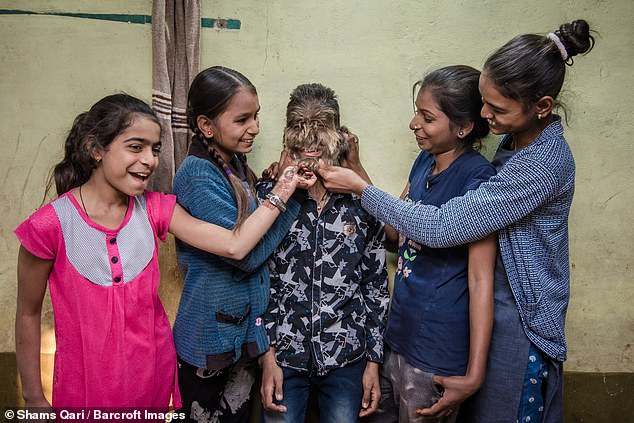 Lalit’s mother, Parvatibai,who looks after a family of 14 including Lalit’s five sisters, said Lalit is a special child to her because he was an answered prayer for a male child. 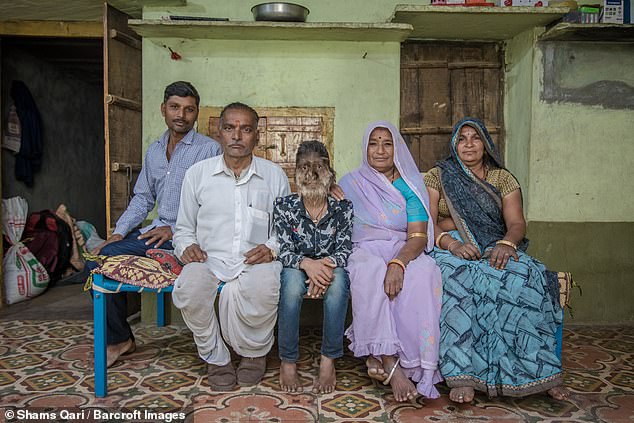 Despite being used to his condition, lalit says he sometimes has bad days when the hair causes difficulty in breathing and sight.

lalit’s school Headmaster Babubal Makawana,  commended how intelligent  and athletic in sports he is at school.

Hypertrichosis is a rare condition that affects people.  It is estimated that around 50 people have ever been diagnosed with this bizarre condition and caused by a high level of male hormones which causes excessive hair growth.

There has been no known cure to the condition yet