A popular twitter influencer known as Dr Olufumilayo has been accused of rape by a lady who said she endured years of sexual harassment and physical violence. After she was reached out to by another lady who accused him of the same.

The allegations have been trending on twitter all day, and people surprised at the silence of the accused, whom they said is quick to accuse others. 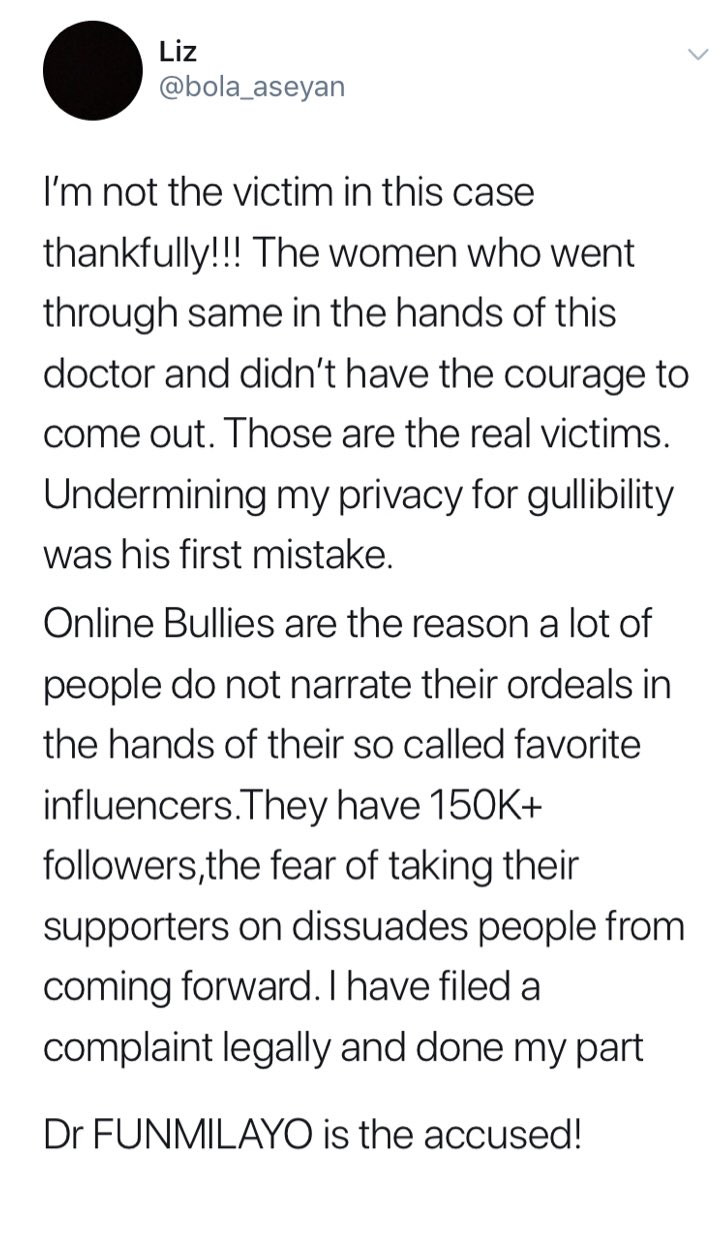 The Politics Of Ajimobi’s Death

Popular London Based Doctor Accused Of Rape On Twitter

The Politics Of Ajimobi’s Death