A Police Sergeant, Mrs Folake Ogunbodede, who has been accused of stabbing her husband multiple times, has said she did it in self-defence. 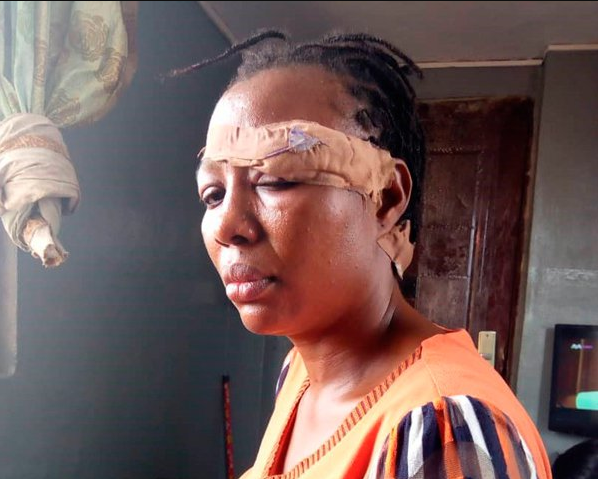 It was reported over the weekend that Folake stabbed her husband several times at their residence in Ipaja, Lagos State. They reportedly had a disagreement and the husband left the house. As he did, his wife warned him not to return home. But he did later at night and she stabbed him then went into hiding. 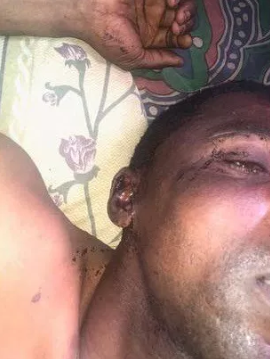 But sources close to the family said the report spreading online was false. According to The Nation, Folake and her husband, Inspector Taiwo, fought on Saturday. The husband was said to have stabbed his wife close to her eye and beside the neck. He also allegedly threatens her with a knife or broken bottle each time he was drunk.

A source close to the family said the mother of three had been told by her family to leave the marriage due to the constant domestic violence but she refused because of her children. 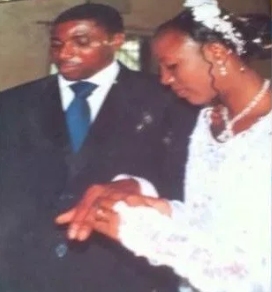 That report online was so unfair to the policewoman. It was a one-sided story. The truth is that her husband is also a policeman. He’s an Inspector, and attached to LASTMA.

They have been married for long and they have three children. The man always beats her whenever he’s drunk. He doesn’t just beat her but uses any object closeby to hit her.

There was a time he stabbed her on her breast and mouth. His drinking habit is one of the issues that usually caused problems between them.

The source, who claimed not to know what caused Saturday’s fight, said the Inspector stabbed his wife by her eye and the back of her neck.

That was how she fled the house to the police to report herself. That is actually what happened. 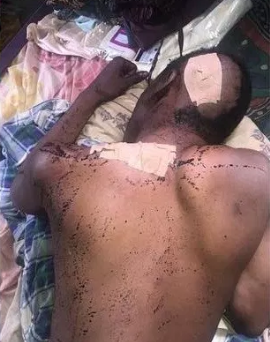 Spokesman for the command Chike Oti said the case was under investigation.

Food Relief Packages Is For The Indigent, Vulnerable Only– LASG

South African Court Sentence Man To 18 Years In Prison For Marrying A South African Lady To Obtain Citizenship
Saraki: “We Have Their Formula, PDP Will Take Over Lagos”

Food Relief Packages Is For The Indigent, Vulnerable Only– LASG