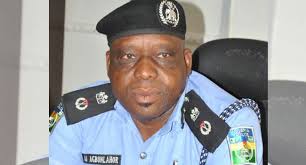 Men of the Ogun State Police Command have discovered the decomposing body of a farm worker allegedly murdered by his boss over a theft allegation.

The 27-year-old farm worker, identified as Mukaila Ogunsola, who lived in Asimolowo village on the Mowe-Ofada Road in the Obafemi-Owode Local Government Area of the state, was allegedly killed by one Adekoya.

Adekoya was said to be the owner of the farm along the Adejunrin Road, Owode-Egba.

A source told our correspondent that the deceased was lured to the farm by Adekoya on August 11 on the pretext that he wanted to see him for an important matter.

On getting to the farm, Adekoya allegedly killed him and hid his body in a mango tree.

The source added that the deceased’s family reported at the Owode-Egba Police Division when the victim’s whereabouts could not be ascertained.

A police team conducted a search of the farm on August 15 and found the decomposing body of the farm worker hidden in a mango tree.

Magu A Victim Of Power Play With Malami, Others —PACAC

Magu A Victim Of Power Play With Malami, Others —PACAC