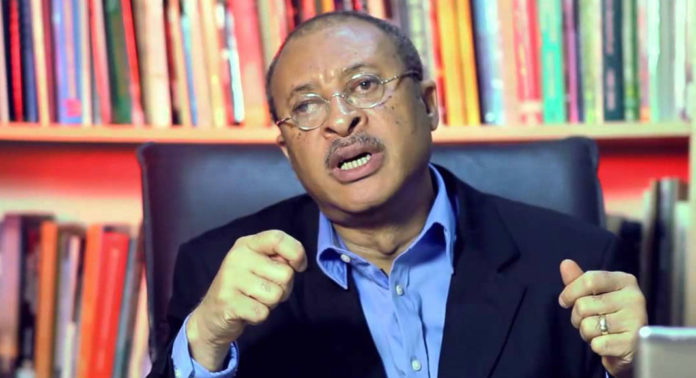 A former presidential aspirant, Prof. Pat Utomi, has condemned the Delta State government after the viral video of a schoolgirl, Success Adegor, who was sent home for her parents’ inability to pay an ‘illegal’ examination levy of N15, 000.

In a statement on Wednesday titled “The Battle Line Issues,” Utomi said the administration of Governor Ifeanyi Okowa had no shame as it exposed the decay in the educational system in the state.

Utomi said: “That all is not well with how Delta is governed has become clear with the Success resistance video; that story of the little girl who bravely said no more, with a steely determination.

“A little girl with gusto and sharp wit decided enough was enough. She had had enough with the collapsed education situation in Delta State. She was ready to be flogged until she was blue rather than be scammed yet again by the public school system in Delta State.

“You would expect shame to overcome the machinery of government in Delta for being incompetent to manage the school system as exposed by Success. But not the Delta State Government; they had become numb to shame or unable to understand the implication of the face-off Success had come to symbolize.

“Government officials instead, saw it as a Nollywood moment. As if it was one of those comedy skits filmed in Asaba, they began to fall over each other offering car gifts to the person who recorded the Success’ moment of rage.”