Adams Oshiomhole has vowed not to join issues with Prof. Itse Sagay in the media 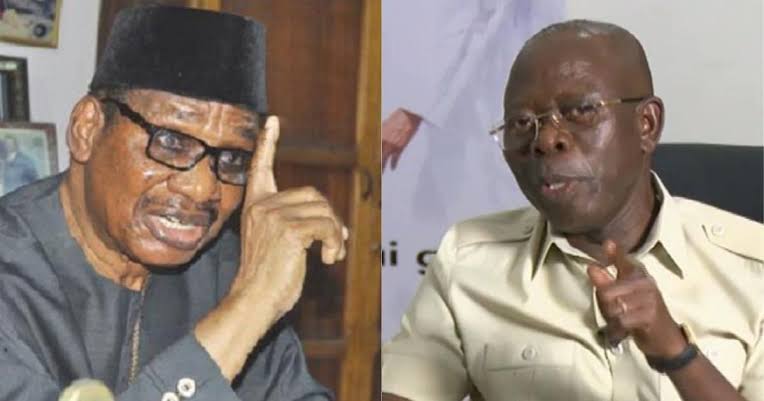 According to Oshiomhole, he would interact with the PACAC chairman to know his grouse.

Adams Oshiomhole, the national chairman of the All Progressives Congress (APC), has declared that he would not exchange words on social media with Prof. Itse Sagay.

Sagay, the chairman of the Presidential Advisory Committee Against Corruption (PACAC), had recently claimed that Oshiomhole’s combative ways would cost the party to lose grounds.

But in a surprising move, Oshiomhole disclosed that his respect for Sagay would not allow him exchange words with him, The Nation reports.

He said he prefers to speak with him in person in order to know the academic and anti-corruption chief’s reasons for making such allegations.

Going further, he claimed that Sagay is his brother and an elder statesman.

Meanwhile, it was also reported that the state governor of Edo, Godwin Obaseki, claimed that Oshiomhole had lost relevance in the state and its politics.

Obaseki believed that this was the reason the former governor adopted the strategy of deploying police operatives from Abuja to trouble his (Obaseki’s) aides.

Boy tied up for two years by father

Reasons why my marriage ended – Husband of Kwara blue-eyed woman

The United State hands over 200 ventilators to FG

Boy tied up for two years by father

Reasons why my marriage ended – Husband of Kwara blue-eyed woman

The United State hands over 200 ventilators to FG

Ophthalmologist- Inadequate melanin in the iris is responsible for blue eyes.