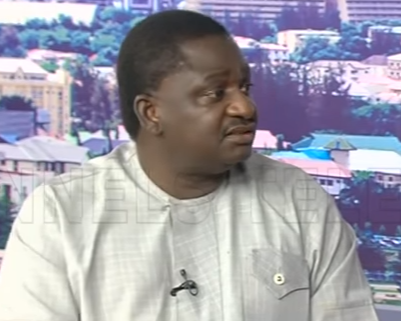 Yesterday, a faction of the Boko Haram sect released a video as proof of life. Leah who has been held captive for 7 months now by a breakaway faction from Boko Haram called Islamic State West Africa Province (ISWAP), pleaded with the government of Nigeria to secure her release. She also pleaded with Nigerians to assist her family at their time of suffering. Read here.

Reacting to the video this morning on Channels TV, the Special Adviser to the President on Media and Publicity, Femi Adesina, said only God can determine when she would return home. When asked how much longer would she be in the captivity, Adesina said

”I think that question can only be answered by God but I believe that God is interested in that young girl and will ensure that she is preserved. By the time the video clip we have now is verified, One would be sure it is her actually and when that is determined, we should all be glad that she is alive. When will she return? By the grace of God, government is working on it, working at it and we believe she will be back.”

Adesina also stated that President Buhari had always maintained that his government would do everything possible, including paying money, to ensure that the abducted girls are released.