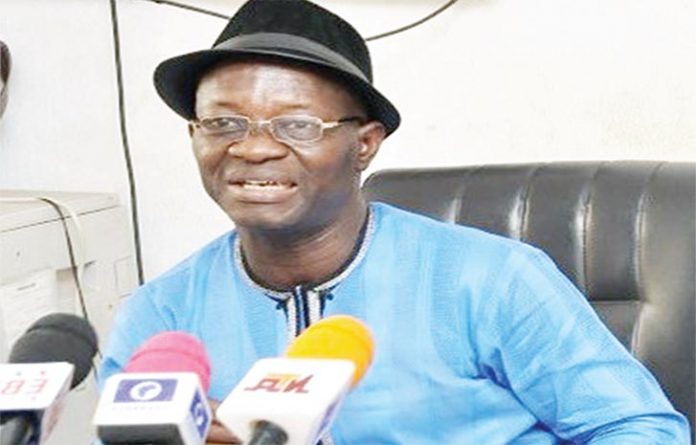 Paul Ohonbamu, Edo State Commissioner for Information, in this interview with TEMIDAYO AKINSUYI, speaks on the ongoing political crisis in the state, especially the face-off between the state governor, Godwin Obaseki, and his predecessor, Comrade Adams Oshiomhole, who is the national chairman of the All Progressives Congress (APC). Excerpts:

What is your view concerning the ongoing political crisis in Edo state, especially between the governor and his predecessor?

First and foremost, the governor has been a man who has been on a path of positive trajectory. There are political undertones to what is happening. The national chairman of APC, Adams Oshiomhole has a dominating posture when he was governor of Edo state. He was a colossus and all other men merely peeped under his huge feet to find themselves dishonorable graves. Oshiomhole was a governor maximally. But nowhere is a new governor in Edo that Oshiomhole does not want. Despite leaving office as governor and Governor Obaseki in charge as the number one citizen of Edo, Oshiomhole wants that dominance to continue. Oshiomhole must realize that he is no longer the governor and there is no way you can have the best of two worlds

Do you think the issue is that of dominance or betrayal as some of the supporters of Oshiomhole have claimed?

Oshiomhole wants to continue his dominance of the state but the governor also wants to have power as the Chief Executive Officer of the state, he wants to be left alone and given a free hand to operate. So, he has been driven to desperate solutions to now tend to prefer independence with war to the servitude of peace. He can no longer continue like this and in any case, those who think themselves masters over others are even greater slaves than them. That is the truth but those who cluster around him don’t want to tell him the truth, maybe because he is the national chairman of the party or because they are sharing money. Sharing of money is not part of the promises made by Governor Obaseki during his campaigns. He wants to give to the people of Edo good governance because that is the mandate he has. He is responsible for all the citizens of the state, not just to five percent of the people and that is the problem they are having with the governor. They are used to primitive accumulation, appropriating the sweat of people to make wealth and collecting money around for no tangible reasons and the governor says no, this is a new season. Instead of them to agree that there is a new sheriff in town, a governor who is passionate about working for the people, instead of putting the interest of the state first and aligning with what he wants to do for the benefit of the state, they are fighting him. I likened to them to the character in the book ‘Father and Son’, who said all he wants to do is to pull down the system. He was asked, what will he replace the system with? He said to let it come down first. Edo people need to be liberated and this fight is not, for now, it is for future generations. It was the British- American philosopher, who is also one of the founding fathers of America, Thomas Paine who said in his commonsense that “If there must be trouble, let it be in my day, that my child may have peace”. This is precisely what is happening in Edo today.

What is the impression of the people of Edo on this political crisis?

For us in Edo, we want liberation. We look for the day where we will be able to say ‘tyranny is dead and now, there is freedom and liberty’. We cannot just continue like this. Oshomhole is somebody who is given to authoritative ideals. He hates opposition and he believes anything he says is final. He doesn’t tolerate opposing views. He doesn’t like anybody saying no to whatever he says. But here we are. As long as a man is constrained to obey you, and he obeys, it is good. But once the man is able to shake the yoke and he shakes it successfully, it is better. In any case, if anyone quarrels for fighting to collect his powers back, then there will be no justification for taking the powers in the first place. Since Obaseki has decided to take on this battle, there are losers, both in the political arena and the economic marketplace. These losers are the ones fighting back Obaseki said he cannot continue to beautify thugs and area boys. He said all those things they were given In the past, he cannot continue with it. He said he cannot encourage wealth without work but people must work to get wealth. Of course, wealth without work is one of the seven social sins which Mahatma Gandhi quarreled about as affecting the lives of Indians. Others are Pleasure without conscience; Knowledge without character; Commerce without morality; Science without humanity; Religion without sacrifice and Politics without principle. This is the problem we have in Edo today. It is the problem between the urge for dominance and the fight for freedom, particularly from the unkind and unfriendly imperial face of Abuja.