Zubairu Mu’azu Muazu, the Lagos state commissioner for police, has stated that policemen who collect money for bail are no different from kidnappers who abduct people for money. Muazu made the assertion on Monday, July 8, during the commissioning of a Statement Taking Room at the State Criminal Intelligence Investigation Department (SCIID), Panti, Vanguard reports. 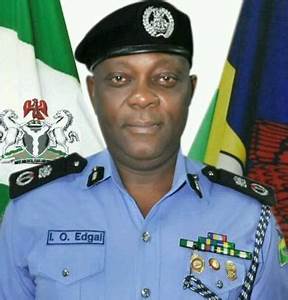 The CP noted that statement-taking is a foundation in the investigation process and that it is an understatement to say the practice is important. He told the officers: “I will advise that we stay far away from corruption. It gives us a bad name as it is unprofessional and unethical. “We have always said bail is free and we mean it. I keep saying it that any policeman who collects money for bail is not different from a kidnapper. The only difference is that everyone knows where you keep the suspects. “The country is hard and we need people more than they need us. Let us stay far from corruption.”

This development follows a previous report by Legit.ng that a particular Nigerian man cried out on social media following an alleged brutal beating he received at the hands of some policemen in Ekiadolor, Edo. In a video shared online, the man said he had gone to bail his friend who had been detained ‘illegally’. When he arrived at the police station, he was asked by some policemen to give them a sum of N40,000 before his friend could be released. He, however, did not agree with them and insisted that bail should be free. According to him, he was beaten at the police station for making such comment.

One Of The Most Expensive Cars Worth N1billion, Bugatti Veyron, Spotted In Nigeria.
Elzakzaky: Again, Shi’ites, Armed Security Operatives Dig It Out In Abuja