Protesters in their thousands  have gathered in the centre of Harare to call for the resignation of Robert Mugabe, as several moves to force the Zimbabwean president to stand down gather momentum.

Tho power has been taken over by the military as the 93-year old Mugabe, had been under house arrest since the takeover on Wednesday, but on Friday he made his first public appearance. He spoke only to open the graduation at a university of which he is chancellor. 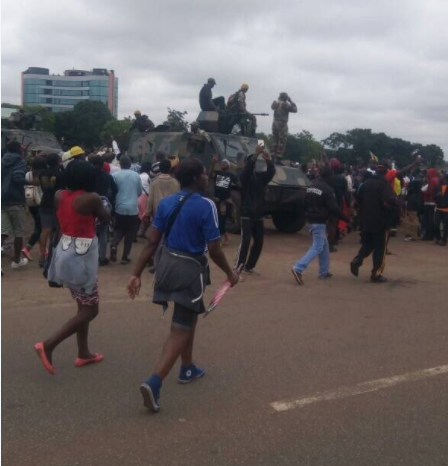 The rally is supported by the army and members of the ruling Zanu-PF party, War veterans who until last year were loyal to the president are also saying Mr Mugabe should quit.

We hope for peace and orderliness in Zimbabwe.

I Am Not Invloved in Emir Sanusi’s Dethronement – Buhari