‘Jane the Novella’ is being written by Valentina Garza and directed by Silberling. The movie is viewed as a soapy telenovela-inspired anthology series in the tradition of ‘Jane the Virgin’, where each season is based on a different fictional novel written by Villanueva and narrated by the author herself.

The first installment takes place at a Napa Valley vineyard, where family secrets (and family members) don’t stay buried for long. It centers on Estela (Lopez), an up-and-coming art curator who has spent years playing it safe and coloring within the lines. But a shocking secret changes everything and forces her to live a double life. 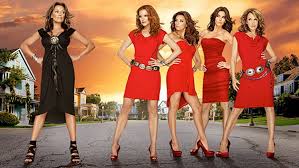 Being “in the tradition of Jane the Virgin,” Jane the Novella’ mirrors the setup of the original series. It too follows a driven, imaginative twenty-something Latina woman (Lopez) who is torn between her boyfriend, Luen, and Felix, a handsome, rich guy. Felix co-owns a winery with his manipulative and glamorous mother Renata (Cross), who will stop at nothing to secure her son’s legacy, even if it means standing in the way of his happiness.

BUA Chairman Named Among 12 Other Blacks As Forbes Billonaires
Movies Zone: Victor Rasuk To Cast As Baker In ABC’s ‘The Baker And The Beauty’ Romantic Comedy