This was after reports of an attack on the school by Boko Haram terrorists. The Yobe State government after the attack confirmed that out of the 926 students in the school, over 50 are still unaccounted for.

President Buhari in reaction to this, on Wednesday, directed the military to take over the situation. He also directed a delegation which will be led by the Minister of Defence to Dapchi to ascertain the situation. The delegation is to depart on Thursday to Dapchi.

The Minister of Information, Lai Mohammed said this at the end of the FEC meeting in Abuja on Thursday.

“In respect of the unfortunate incident of Monday in Government Girls College in Dapchi Yobe State when Boko Haram insurgents attacked the school. 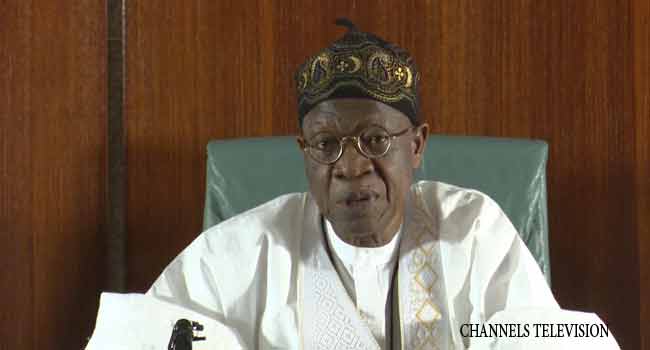 “Mr President has directed the military and other security agencies to take immediate charge and control and inform him of developments,” Lai Mohammed said.

Mohammed said further that President Buhari asked a delegation led by Minister of Defence, Monsur  Dan-Ali, to visit the school in Dapchi on Thursday for an on-the-spot assessment of the situation.

“He (Buhari) has released a delegation led by the Minister of Defence to Dapchi, to get first-hand information as to what is happening there tomorrow (Thursday) morning,” he said.

Yobe State government in the statement released on Wednesday where it confirmed that out of the 926 students in the school, over 50 are still unaccounted explained that information was received from locals that some of the girls were found in the general area to which they escaped.

The state Government also said it has no credible information yet as to whether any of the schoolgirls were taken hostage by the terrorists but is currently working with the army and law enforcement to ensure that the missing girls are returned safely.