Michelle, Barack Obama becomes most admired persons in US. 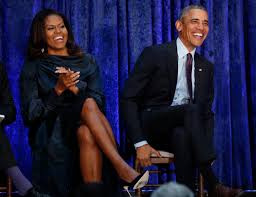 In an annual poll held in United State of America gathered by Gallup, former US first lady Michelle Obama has been named America’s “Most Admired Woman” in 2018, ending Hillary Clinton’s 17 years winning the poll.

Michelle Obama won the the 2018 poll sweeping and securing 15 percent of the mentions among the 1,025 of people surveyed. 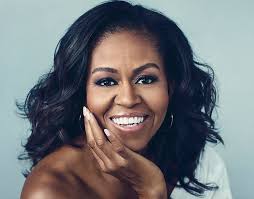 Among others who were surveyed includes Hillary Clinton with a poll of 4%, TV personality, Oprah winfrey with 5%, America first lady Melania Trump 4%, Her Royal Majesty Queen Elizabeth with 2%, TV host Ellen Degeneres with 2%.

Unsurprisingly, the former first lady was a strong favorite among Democrat voters, with 28 percent naming her. Melania Trump was the top finisher among respondents identifying as Republicans, scoring 9 percent, although both Obama and Winfrey each scored 5 percent.

The Obama family is however souring the US as one of the most admired family in the US, as Barack Obama, former US President, came out to be the “Most Admired Man” award for the 11th year in a row. President Donald Trump finished second in the male category.

According to report, If Barack Obama can win one more year, he will tie with former President Dwight Eisenhower for the most No. 1 finishes among men. To date, Trump and Gerald Ford are the only two presidents not to win the honor while in office.

Gallup said that the Rev. Billy Graham, who passed away in 2018, has the most top 10 finishes of any man or woman, a record 61 times.

Results for the poll were based on telephone interviews conducted between December 3-12 and were spread across all 50 U.S. states and the District of Columbia.