The mercurial Argentine was on target once again for the Catalan giants against Alaves, with his brace helping Ernesto Valverde‘s side to a 3-0 win. Lionel Messi has been making history again with Barcelona, netting in a 15th straight La Liga campaign while bringing up 6,000 goals for the Camp Nou giants.

The mercurial Argentine was back in competitive action on Saturday against Alaves.

He has wasted no time in putting the disappointment of a frustrating World Cup showing his country behind him, with his account already opened for 2018-19.

It did take him 64 minutes to break the deadlock against stubborn opposition, but a clever free-kick saw him fire under a jumping wall to get the ball rolling.

That effort proved to be a landmark one for Barca as it took them to 6,000 efforts in the Spanish top-flight.

Messi has contributed 385 efforts to that tally, with the five-time Ballon d’Or winner having been their go-to man over the course of the last decade.

He also hit the club’s 5,000th La Liga goal nine years ago, with his remarkable consistency allowing him to keep re-writing the record books. 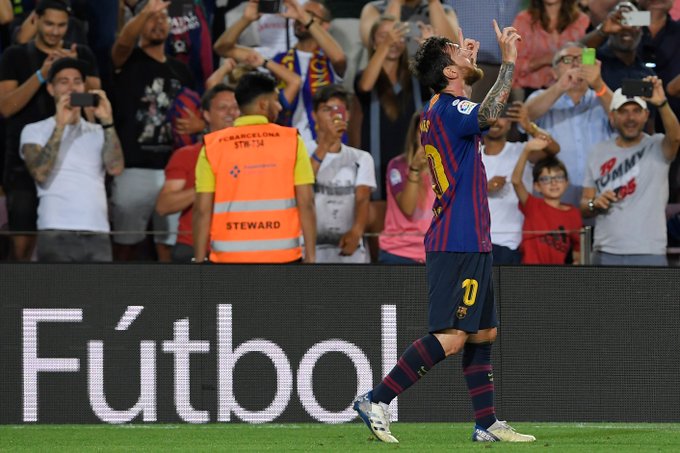 6000 – Barcelona are the second team in La Liga history to reach 6000 goals in the competition, after Real Madrid (6041 goals). Milestone.

6000 – Barcelona are the second team in La Liga history to reach 6000 goals in the competition, after Real Madrid (6041 goals). Milestone. pic.twitter.com/EUdIlZ3vxy 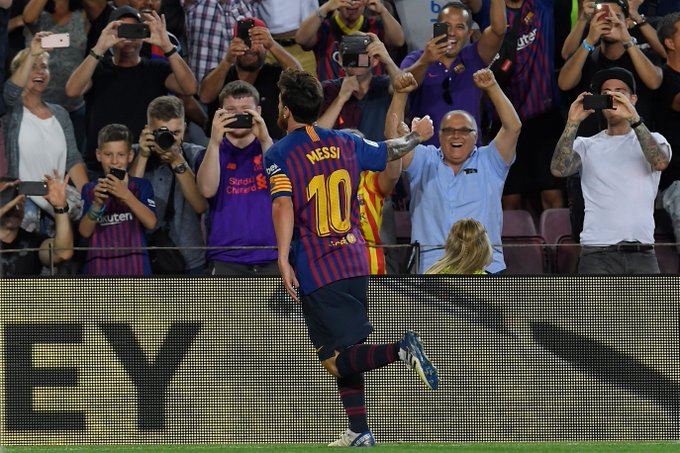 Having recorded his first La Liga goal back in the 2004-05 campaign, the 31-year-old is now the first man in the 21st century to have found the target in 15 successive seasons.

Moses Under Pressure From NFF, Rohr To Reverse Retirement
Sergio Ramos Replies After Jurgen Klopp Calls Him ‘Brutal’ And ‘Ruthless’