The influence that Madonna has had in the entertainment industry, in the media and on society as a whole has remained strong over the course of her 36-year career.

Despite her numerous accolades and record-breaking music sales – she’s the best-selling female recording artist of all time – the “Queen of Pop” has had to face persistent sexism and ageism throughout the years.

But Madonna has redefined the widespread stereotypes often attributed to older women time and time again, challenging hackneyed notions that people have about older women by being open with their sexuality, dating younger men and continuing to succeed in her career. 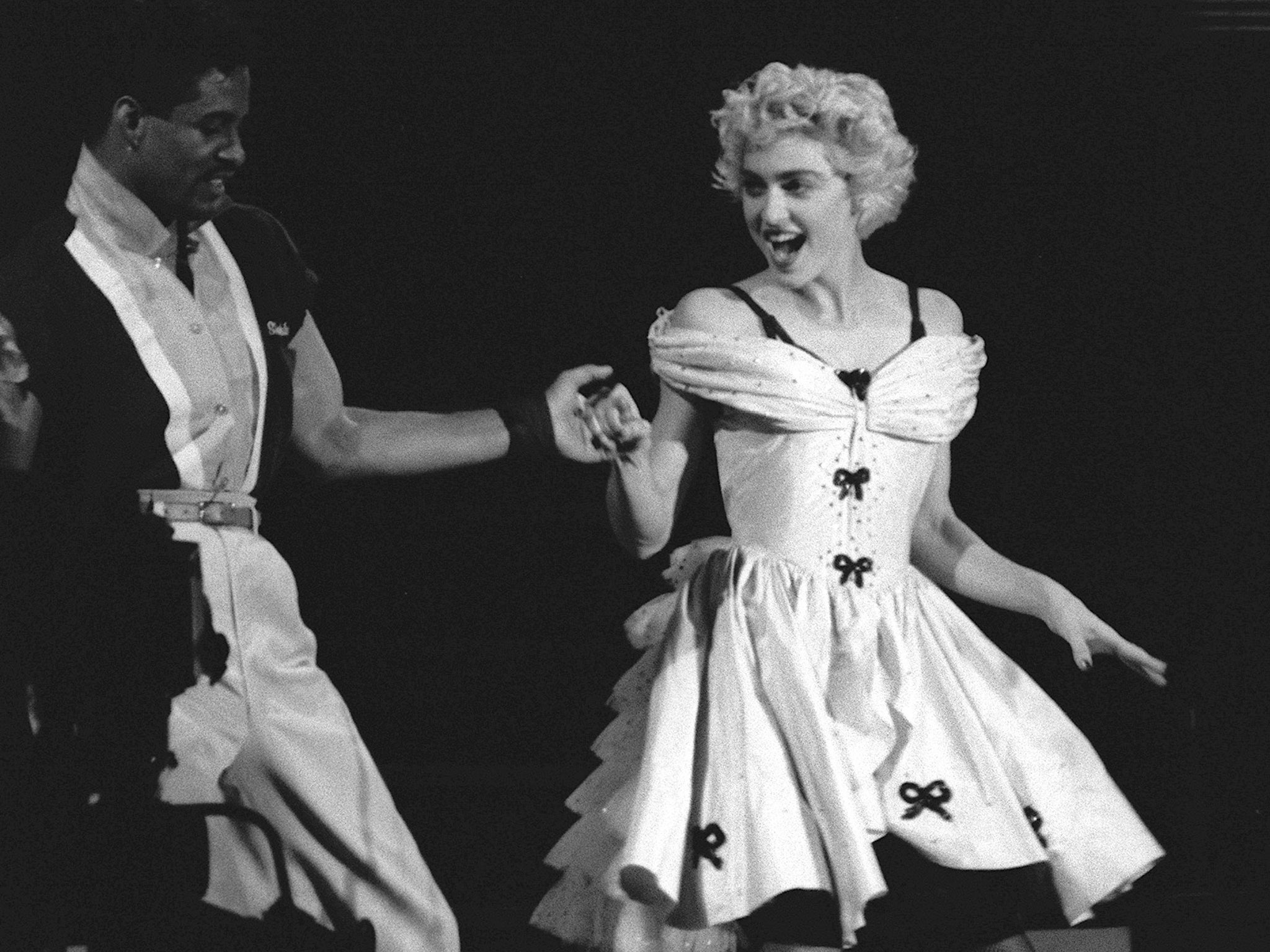 Madonna at 60: Ten greatest songs from the Queen of Pop

When receiving her Woman of the Year award at Billboard Women in Music 2016, the “Like a Virgin” singer spoke about the rules that she had learnt that she was expected to abide by as a female performer.

“Do not age, because to age is a sin,” she said. “You will be criticised, you will be vilified, and you will definitely not be played on the radio.”

Earlier this year, Madonna told The Cut that she would never stop calling the supposed social norms that older women are frequently expected to adhere to into question.

“I mean, who made those rules? Who says? I’m going to keep fighting it,” she said.

From her approach to sexuality, her body image and the immeasurable impact of her career, here’s how Madonna continues to redefine stereotypes concerning older women:

Since the release of her debut single “Everybody” in 1982, Madonna quickly became a global phenomenon.

The singer is showing no signs of slowing down as she turns 60, having appeared at this year’s Met Gala as part of a surprise performance.

As she said in her Billboard speech, “People say that I’m so controversial, but I think the most controversial thing I have ever done is to stick around.”

One would think that Madonna’s extraordinary success would ensure that any new music that she puts out immediately makes its way onto the radio.

However, as she told Harper’s Bazaar in 2017, this isn’t always the case, which is why she relishes in performing live.

“Whenever I do my live shows, I feel artistically inspired and excited because I get to do and say a lot of things that I can’t if I just make a record,” she stated.

“A lot of times, it’s the only way people are going to hear my music because you don’t get to have your music played on Top 40 if you’re above the age of 35.”

Madonna’s openness with her sexuality has been well-documented, with some praising her for her demonstrations of sexual freedom and others condemning her as a “sexual provocateur”.

The Times once stated that Madonna’s “attitudes and opinions on sex, nudity, style and sexuality forced the public to sit up and take notice.”

She’s commonly perceived as a sex icon, as emphasised by author Chuck Klosterman in his book Sex, Drugs and Cocoa Puffs.

“Whenever I hear intellectuals talk about sexual icons of the present day, the name mentioned most is Madonna,” he wrote.

In Madonna’s opinion, there’s no reason why the older generation should stop embracing their sexuality simply because they’ve reached a certain age, especially when it comes to women.

“It’s an outdated, patriarchal idea that a woman has to stop being fun, curious, adventurous, beautiful, or sexy past the age of 40. It’s ridiculous,” she told The Cut.

“Why should only men be allowed to be adventurous, sexual, curious, and get to have all the fun until the day they leave this earth?”

One of the most recurrent themes of the judgemental remarks made against Madonna touch upon her body image.

In 2009, TMZ published an article in which it described Madonna’s arms as “her grotesquely sexy 50-year-old appendages”. 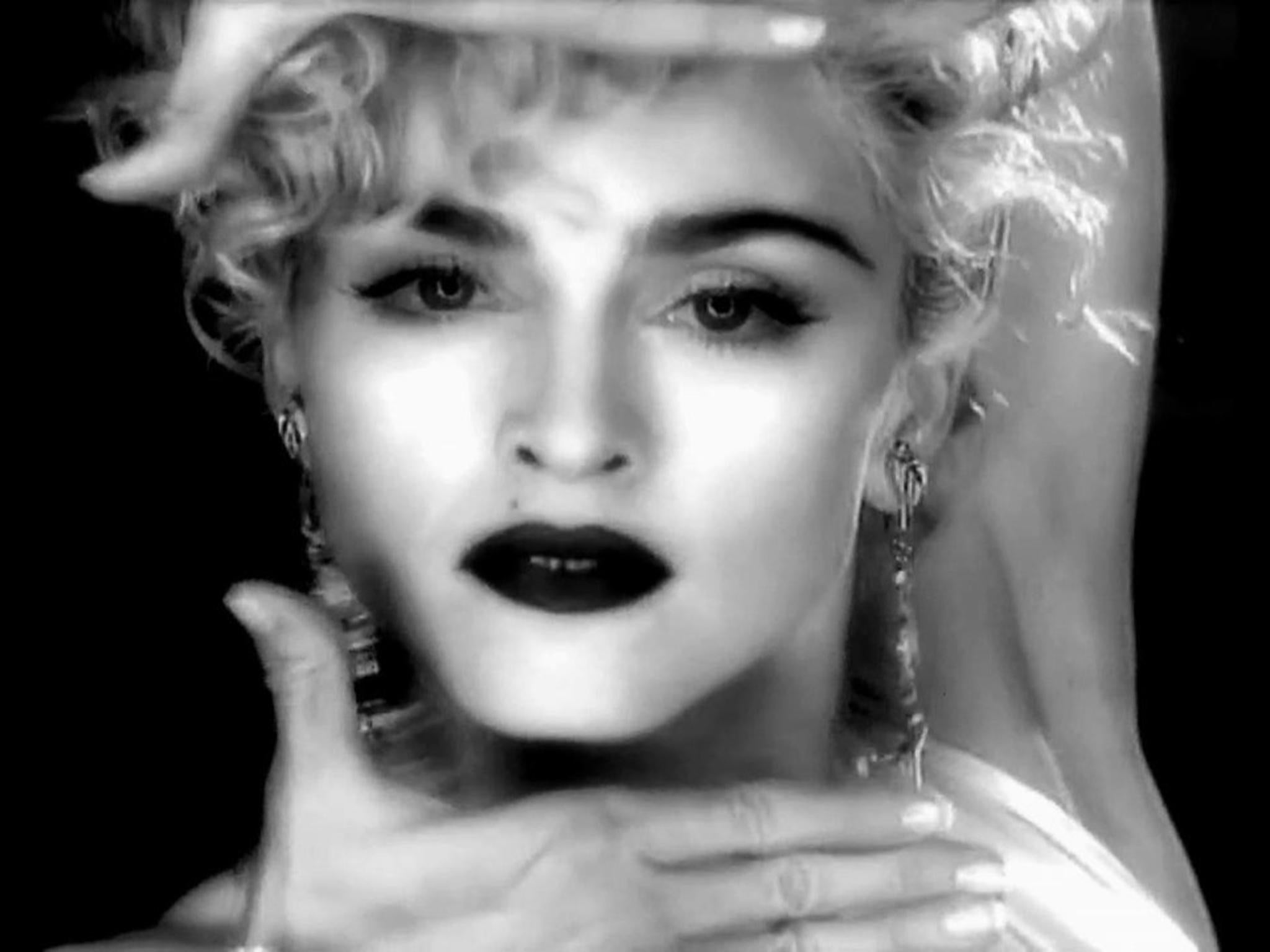 The author then continued, writing: “Nothing says ageing gracefully like an overly worked out pair of monstrously sculpted and bloodcurdling veiny corpse arms.”

In 2015, Madonna appeared on the red carpet at the Grammys wearing a bodysuit designed by Givenchy.

She repeatedly lifted the back of the outfit to show her bare bottom, which she claims she did in order to take a stand against the ageist naysayers.

In an interview with Rolling Stone, Madonna explained that at the Grammys she had wanted to make the point that: “This is what a 56-year-old looks like.”

When then asked for her thoughts on the claim that her physique “isn’t exactly average,” she then stated: “You know what? It could be the average some day! That’s the thing.”

In 2014, Madonna spoke to Entertainment Tonight about the insecurities that she sometimes feels about her body, describing it as a “love/hate relationship.”

There’s an evident double standard when it comes to age gaps in heterosexual relationships. 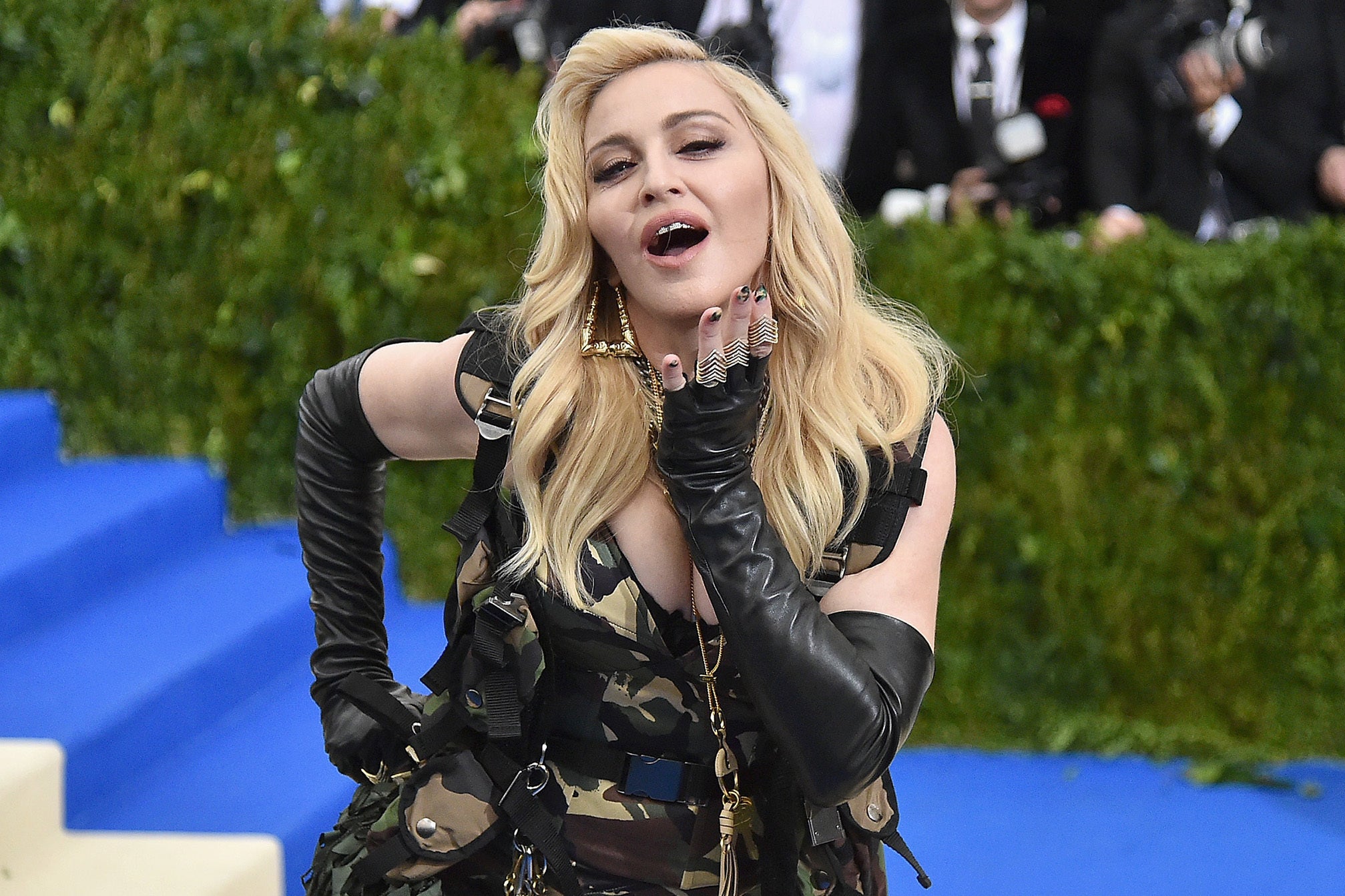 ‘People are going to shut up’: Madonna on ageism in the music industry

Furthermore, in the 2015 James Bond film Quantum of Solace, 50-year-old Daniel Craig was paired with 32-year-old Léa Seydoux as his romantic interest.

However, when the tables are turned and an older woman dates a younger man, the woman is often ridiculed for doing so, as Madonna has experienced on multiple occasions.

“What I am going through now is ageism, with people putting me down or giving me a hard time because I date younger men or do things that are considered to be only the domain of younger women,” she told The Cut.

However, as Madonna told The New York Daily News, she often finds herself more romantically suited to younger men.

“Most men my age are married with children,” she said. “They’re not dateable.

“I’m a single mother. I have four children. I mean, you have to be pretty open-minded and adventurous to want to step into my world.

“People who are older and more set in their ways, are probably not as adventurous as someone younger. 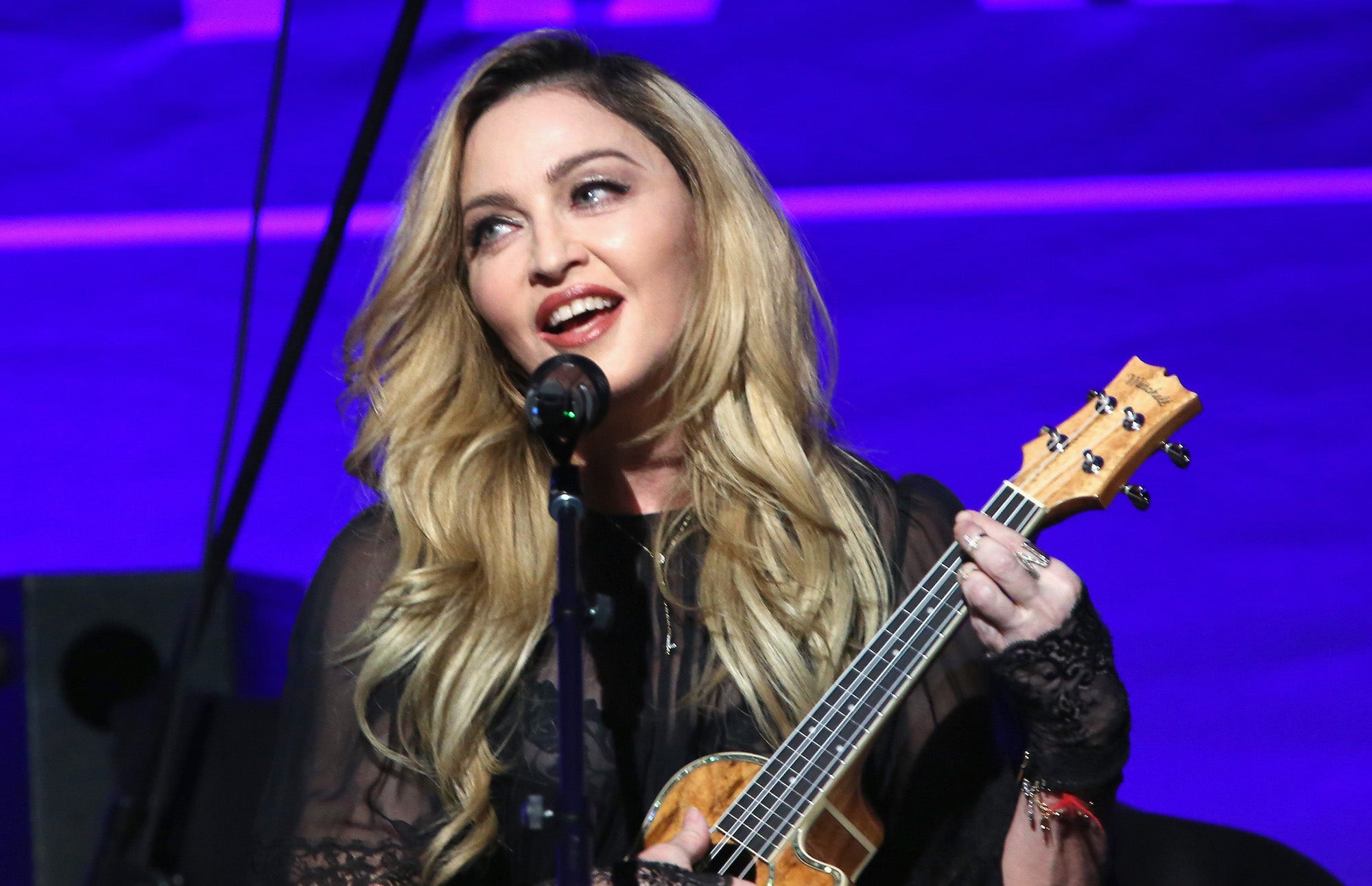 The shame associated with an older woman dating a younger man highlights the extent to which sexism and ageism is still rife in today’s day and age, as eharmony relationship expert Verity Hogan explains.

“The stigma is really a symptom of society’s misogyny,” Hogan tells The Independent.

“Why else would older women be nicknamed predatory ‘cougars’ while older men are deemed desirable ‘silver foxes’?”

As Madonna turns 60, take a look back at the singer’s most iconic songsand her best music videos from across the decades.