Liverpool’s goal stopper, Adrian, may miss Saturday’s Premier League match against Southampton after he was injured by a supporter when celebrating the Super Cup victory. 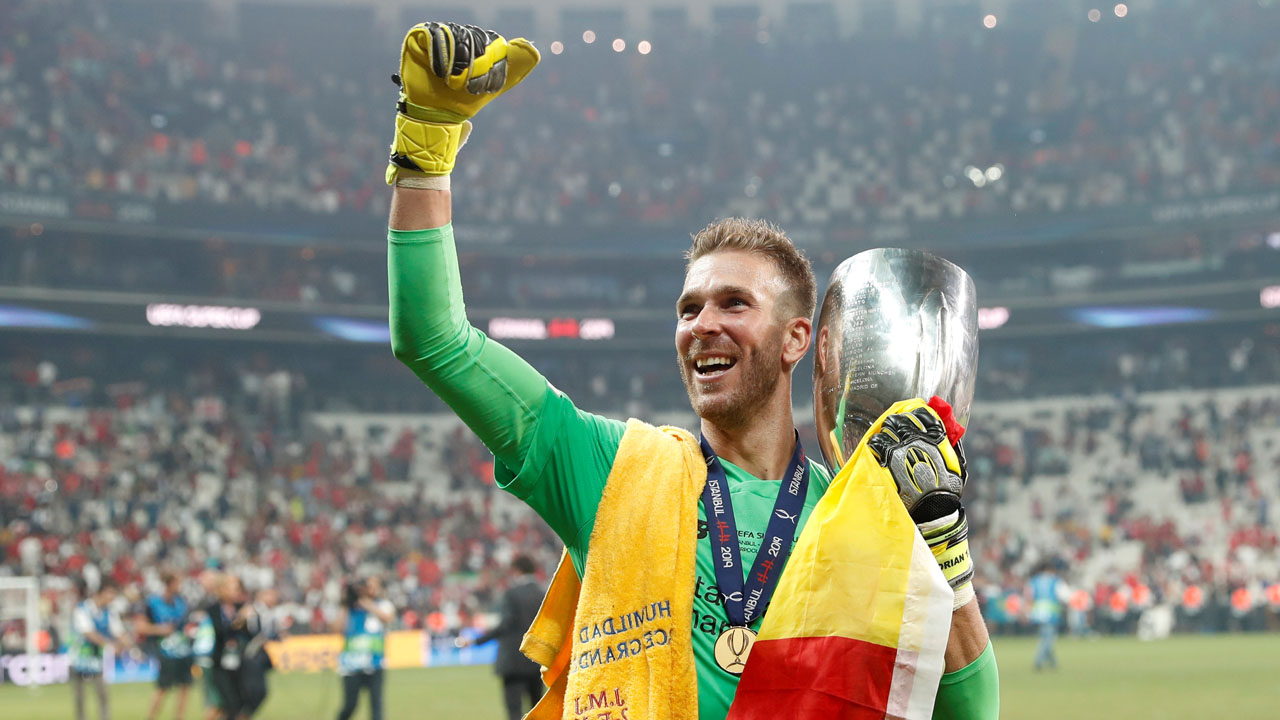 According to the manager, Jurgen Klopp, a fan ran onto the field celebrating Liverpool’s victory but when chased by security he accidentally kicked Adrian. That has left the goalkeeper with a swollen ankle.

“When we were all together (celebrating after the match), a supporter jumped over something, was chased by some security guys, slipped and kicked his (Adrian’s) ankle.

“So yesterday it was swollen – today it is better, but we have to see.”

He went on to praise Adrian’s performance against Chelsea on Wednesday night at Istanbul. He sighted that despite being an understudy for the first choice, Adrian stood strong to save the penalty that gave Liverpool their victory.

When asked after the Super Cup if the performance put up by Adrian would boost the goalie confident, he said: “It would help him a lot if it was 100 per cent clear he can play tomorrow.”