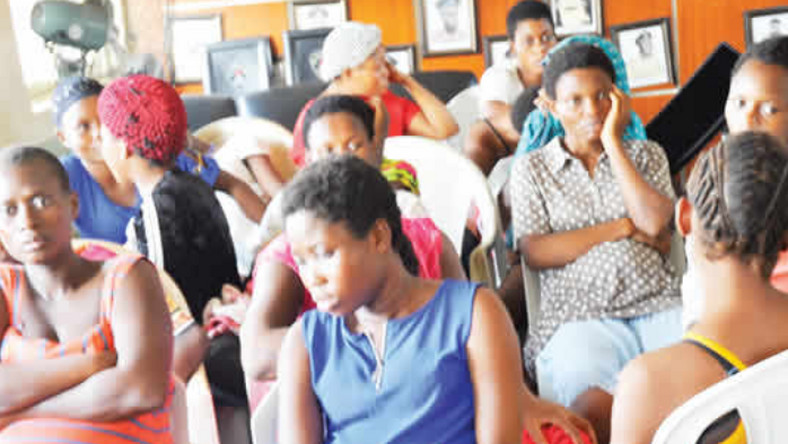 The victims had reportedly escaped from another baby factory in  Isolo area of the State and were fleeing when the attention of the police was drawn to them.

The girls aged between 13 and 27 was seen loitering around Cele bus stop area of Oshodi-Apapa  Expressway around 1am on Wednesday.

The state Police Public Relations Officer, DSP Bala Elkana, who confirmed the development, said the seven pregnant girls claimed that they were tricked to Lagos.

He stated, “On Tuesday, October 2, 2019, around 1am, the Isolo Police Station received information that seven pregnant girls were seen stranded at the Cele bus stop along the Oshodi-Apapa Expressway.

“A team of detectives led by the Divisional Police Officer, Isolo, CSP Folorunsho Gabriel, mobilised to the area. The seven pregnant girls were rescued to the station and they are between the ages of 13 and 27.

“The girls said they were about 20 in the facility and were brought from different places, including Imo, Abia and Rivers states. Five of them came from Imo State.

“They were all brought to Lagos under different guises, mostly employment. Some of them were promised help.

“The 13-year-old among them said she was raped in her village and became pregnant. When she was confused on how to handle the situation, somebody offered to help her and that was how she was brought to Lagos, not knowing that she was deceived.

“When they all discovered that they were in a baby factory and that their babies would be sold, they wanted to go, but the madam held them hostage. However on their own, they plotted their escape and eventually fled on Tuesday

“They were handed over to the National Agency for the Prohibition of Trafficking in Persons.”

Elkana appealed to Lagos residents to be on the lookout for the 13 other pregnant girls, saying they could be stranded and might be captured again by the owner of the baby factory.

Meanwhile, the command had on September 19 rescued 19 pregnant young women from four different locations in the state.

Two suspects were arrested as the principal suspect, identified as Madam Oluchi, escaped.

The police spokesman noted that since the style and mode of operation of the new case were similar to the earlier one, there could be a link between them.

Elkana said the suspects in custody would be interrogated to see if there was any link between the cases.

12 Year Old girl Repeatedly Raped By Three Men That Befriended Her Online, After Blackmailing Her