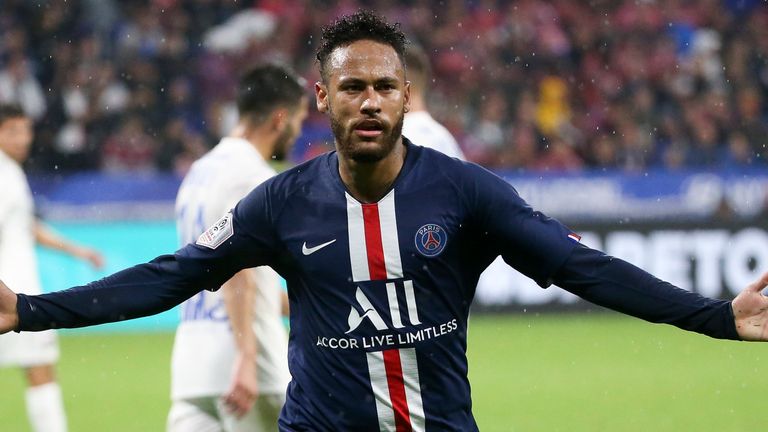 Brazilian playmaker, Neymar has always had the skill, but his questionable behavior without the ball has often spoiled a career now at a crossroads.

Neymar is now 27 years of age and simply must start maturing on and off the pitch if he’s ever to reach his full potential.

No longer a promising boy from Brazil with the world at his feet, the Paris Saint-Germain attacker is currently trying to win back his club’s fans after a summer of transfer drama.

Making no secret of his desire to return to Barcelona, the Santos product showed he’s yet to fully grow up as he threw an almighty tantrum in a questionable attempt to secure a move back to Camp Nou.

When the transfer failed to materialize, Neymar’s reputation in Paris was left in tatters. And it was a mess that was largely his own making.

While his off-field behavior has seen PSG’s fans turn on him – with banners cursing the Brazilian unfurled last month – Neymar has wasted no time letting his on-field quality do the talking.

Neymar has scored match-winning goals in three of his four matches since returning to action. From a stunning late bicycle kick to a simple tap-in, he’s responded to the PSG faithful in a way no press release or heartfelt Instagram message could have hoped to.

In an interview with Newsmen, he stated: “I’m a very reserved guy, I keep things to myself. But it comes to a point where I end up frustrated, getting angry, exploding and not communicating in a correct way. I’m trying to improve on that,

“Whenever I have to have a certain conversation with someone, I try to talk. And I think this is doing me good.

“I think when you are mentally well things happen naturally. You are more likely to do the right things. If you are not so well, things will not happen the way you expect.

“Sometimes it’s hard because you always have to be perfect and as a human being it is impossible.

“I messed up several times and recovering all the confidence I had has a high price, but I think it’s normal for human beings to fail, it’s part of life and due to these errors you grow and learn.”

Having been thrust into the spotlight at such a young age, you can’t fault Neymar for acting out occasionally, but now in the peak years of his career, he risks never quite reaching the heights he should have.