One of the suspects arrested for kidnapping Lagos Fire Service Director Rasaki Musibau has said the gang collected N5million ransom for his release.

Blessing Boyo, 29, told reporters that the gang leader identified simply as MK who’s still at large, had told them the money brought was N5million and that he would share it when they returned to base.

Narrating how they kidnapped Musibau and six others around 8pm on April 6, Boyo said they used timbers to block the road before ambushing their victims. 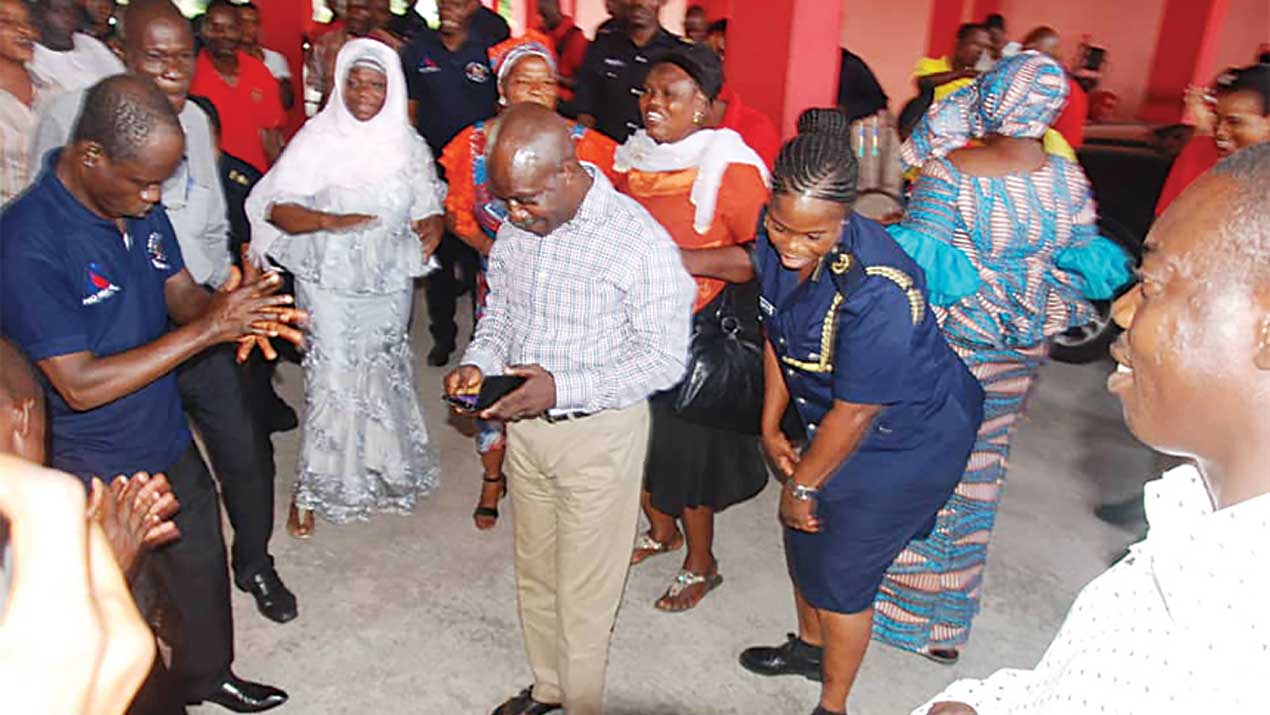 He said the four guns used for the operation were brought by MK who allegedly lured him into kidnapping.

Boyo said: “MK called me for the operation. He had guys in the bush. He brought out guns and said it was kidnapping work. I have not kidnapped before. I used to carry timber with an operator. “We blocked the road with woods, stopped vehicles and kidnapped them. We had four guns and it was MK that brought it. I have not been given any money. He said we should return to base first. It was MK that was with the money.

He told us that the money was N5million. “My first time in Lagos was on April 5. I am from Arogbo in Ondo State. We did not beat the man. We took the man to the bush. He was fed cooked food. MK’s boys cooked Egusi and Eba and the one was served.” Corroborating Boyo’s statement, Alfred, also a native of Arogbo in Ondo State said they followed MK because he fooled them he was a timbre operator and needed carriers.

He said it was when they got to the bush that he told them it was kidnapping job and since he was jobless, he joined him. “The guy told us to follow him to do carrier work since we were jobless at the time. He approached us because he knows we are into carrier work. I followed him to the bush because i believed it was carrier work. “I did not understand what he meant. He showed us guns and said this is the work he is into. I asked if he wanted to kill me and he said he will show me how he does the work. As we got to where we wanted to operate, he cut a wood and blocked the road.