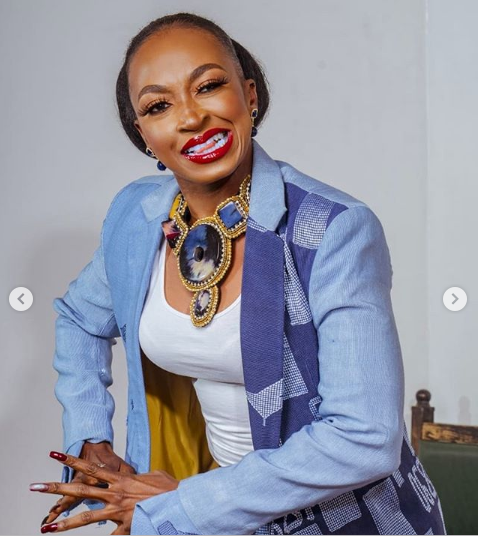 Popular Nigerian movie star Kate Henshaw, has joined several Nigerians on social media to react to a number plate photo that went viral because of the wrongly spelt description.

The number plate which appeared to have belonged to a Kano state chief whip, had an unmissable spelling error that left many people cracking up.

In the spelling, the word chief was wrongly spelt as ‘chip’.

Reacting to the photo, the reality star expressed that errors like that become inevitable because of a lack of attention to quality education.