Controversial Nigerian singer, Naira Marley, has shared one of his questionable nuggets on social media. 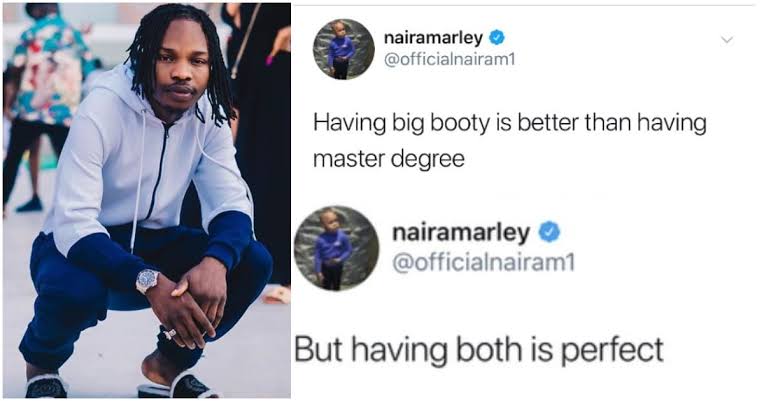 According to the No Mannaz star, it is better for a lady to have a big backside instead of a master degree.

Marley however added that it is best for a lady to possess both.

The Nigerian entertainment industry has seen the rise of controversial singer, Naira Marley, after his stint with the law.

After his release from prison custody on bail, the singer’s fan base seemed to increase drastically.

Marley has also been known to make some interesting posts on his page that gets Nigerians talking.

Just recently, the singer tweeted about how having a big booty is better than having a master degree.

Marley then continued that having both a master’s degree and a big backside is better.