Nollywood actress, Halima Abubakar, has taken to social media to show off her newly acquired automobile, an Escalade EXT. 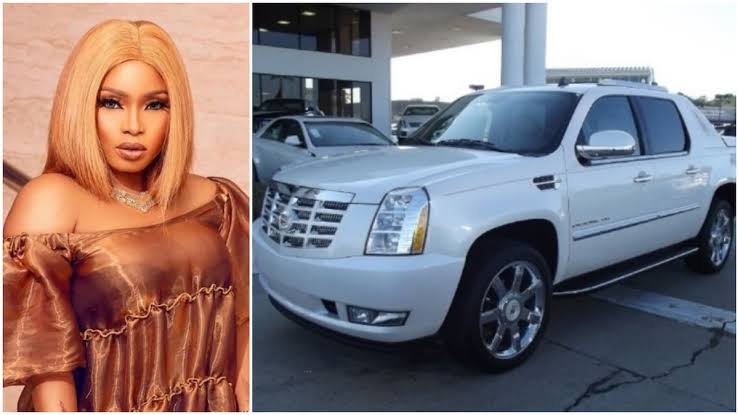 It appears Nollywood celebrities are cashing out big time as many screen divas continue to make big acquisitions, leaving their fans and followers in awe. Joining the league is Nollywood actress, Halima Abubakar.

The screen diva recently took to social media to flaunt her newly acquired Escalade EXT reportedly worth N13.8 million. She posted a video of the car with the caption, “Escalade is not just a man’s car“.

Her fans and well wishers have been sending in congratulatory messages since she announced the good news.

The actress a while ago, revealed that she bleached her skin a few years after she started her career acting.

The actress made this known in a comment under a post she shared on Instagram. Abubakar shared a video of herself to take a trip down the memory lane of her career as an actress.