Friends and family mourns Nneka Odili, a member of the National Youth Service Corps who died last Thursday, as a result of injuries sustained after a train hit her at Ikeja, Lagos. 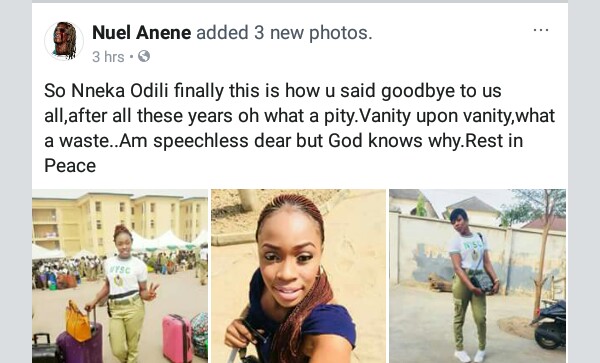 It was gathered that the tragic incident occurred while the victim, fondly called Nini, was heading home after the monthly clearance exercise at the Ikeja Local Government Secretariat.

According to eyewitnesses, the deceased wore headphones thereby did not hear the train’s horn while trying to walk across the rail track. She was immediately rushed to a nearby hospital,where she later died.

She was said to have said nothing, other than Blood of Jesus repeatedly. 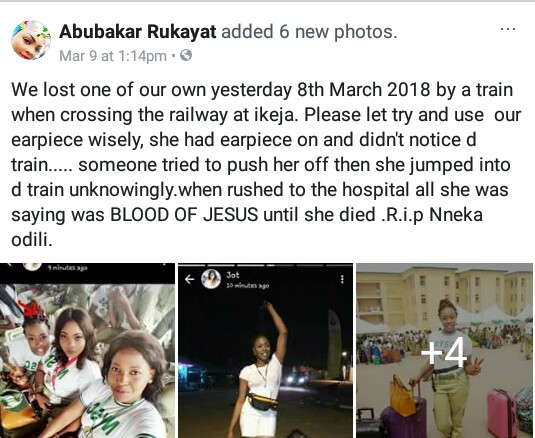 Late Odili was laid to rest on Sunday, March 11, in her hometown, Ndoni in Rivers State. A family member, Tammy Orunaboka,however debunked reports that she was using a mobile phone when she was hit by the train.”Nneka Odili goes home this afternoon at Ndoni in Rivers State. May her soul rest in peace. The stories about her death were all false.  The NYSC Lagos office has released the correct story that lead to her death. She has no sophisticated phone in life and was not using sophisticated phone as reported by some news paper. Please let us always try to get our news correctly before going to the public.” he wrote. 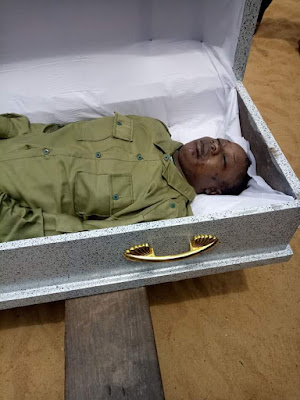 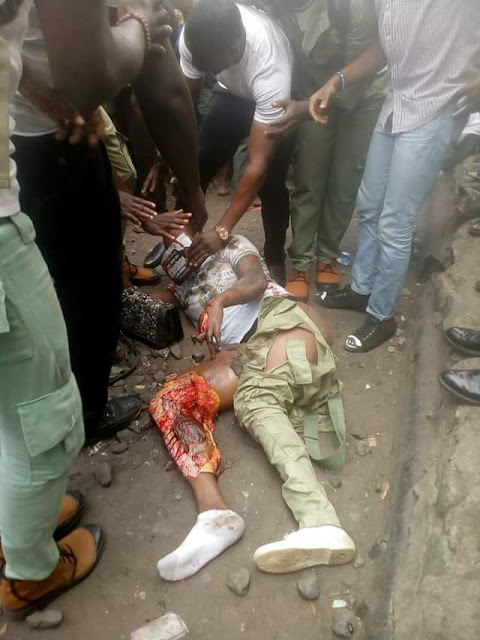