Fresh posters of the presidential candidate of Peoples Democratic Party, Atiku Abubakar, has flooded the streets of Abuja.

The posters with inscriptions: ‘The real and the right’ were seen all around the Central Business District within the Abuja city centre.

It can be recalled that the presidential aide on social media, Lauretta Onochie, on her twitter handle on Tuesday said “I just returned to Abuja now and saw Atiku’s photos with some weird inscriptions for one who is lucky to be walking free, whatever he is planning he should not forget that we have a president in place, Nigerians will insist that treason be treated as treason, he should counsel himself”. 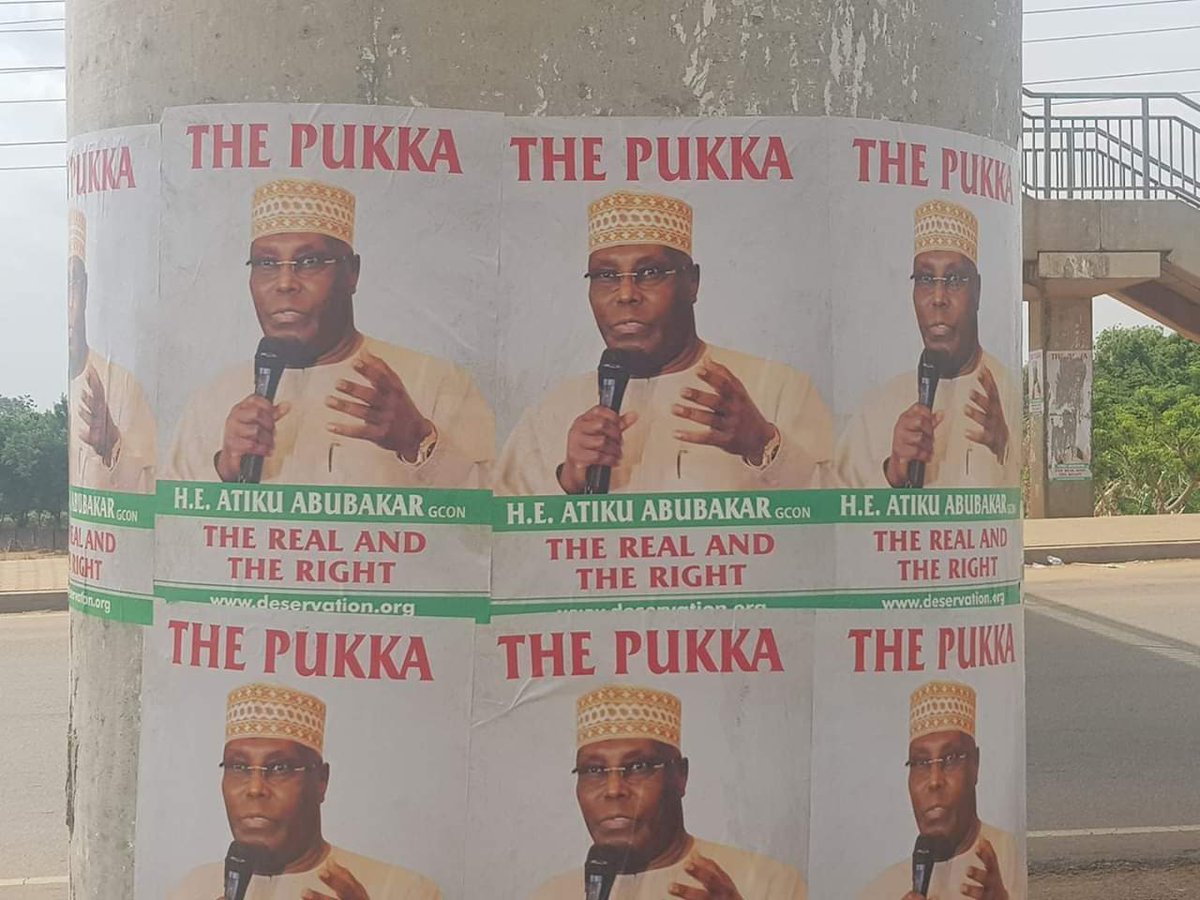 She advised the former vice president to pursue his election petition at the Tribunal rather engage in actions that may lead him to jail for treason.

However, findings indicate that the posters were sponsored by an Adamawa-based political support group, the Atiku Deservation Movement. DAILY POST reports.

The posters, which also bore ‘Pukka’ a Hindi word, which literally means ‘Genuine’.