Festival-goers shared a video of the fire outbreak, which took place at the festival’s campsite in the early hours of Saturday, on social media.

The festival – which kicked off on Friday evening with a performance by Hollywood actor/ singer Donald Glover’s split personality, Childish Gambino – is one of the world’s most popular music events, with tens of thousands of people attending over its first weekend.

The fire caused panic, with footage posted online showing a man urging festival goers to “back up, back up” as the mobile shower unit stood ablaze behind him. 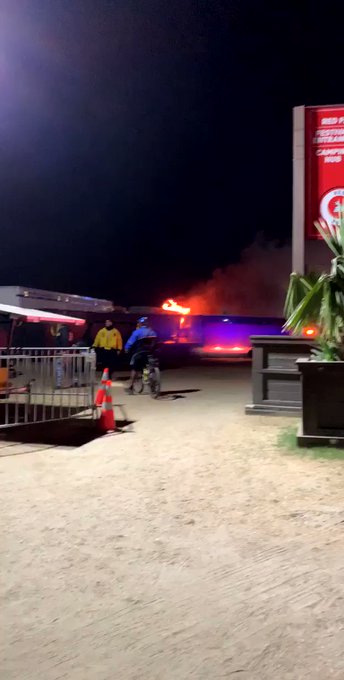