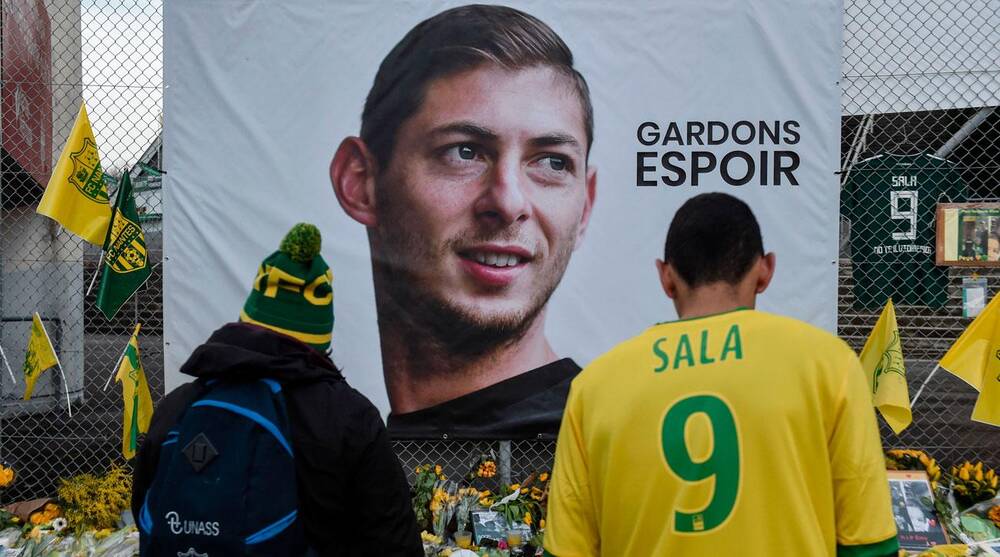 The body found in the wreckage of the plane carrying Emiliano Sala and pilot David Ibbotson has been identified as the Cardiff City striker, it was confirmed on Thursday night.

The UK’s Air Accidents Investigation Branch (AAIB) had confirmed on Wednesday that an unidentified body had been passed to the Dorset Coroner , having been recovered from the submerged plane.

The Piper Malibu aircraft disappeared with Sala and pilot David Ibbotson on board on January 21 , with the 28-year-old en route to Cardiff after having completed a club-record transfer from Ligue 1 side Nantes.

A police statement issued late on Thursday read: “The body brought to Portland Port today, Thursday 7 February 2019, has been formally identified by HM Coroner for Dorset as that of professional footballer Emiliano Sala

“The families of Mr Sala and the pilot David Ibbotson have been updated with this news and will continue to be supported by specially-trained family liaison officers. Our thoughts remain with them at this difficult time.

“HM Coroner will continue to investigate the circumstances of this death supported by Dorset Police.”

An initial search and rescue effort was called off by Guernsey Police after three days on January 24.

Guernsey harbourmaster Captain David Barker said their chances of survival were “extremely remote” , but a number of high-profile football figures and members of the public answered the family’s calls to fund a private search operation.

The plane was located on the seabed off Guernsey on Sunday using a remotely operated vehicle, during which time a body was found amid what remained of the light aircraft.

A recovery operation was then launched following consultation with the families of Sala and Ibbotson, and the police.

The football world came together in grief and to pay its respects as the severity of the Sala story began to unfold, with floral tributes laid outside Cardiff City Stadium and vigils held in Nantes, where 42 goals in three-and-a-half seasons made him a fan favourite.

Following reports of a dispute between the two clubs this week, Cardiff chairman Mehmet Dalman confirmed the Premier League outfit was yet to pay the first instalment of Sala’s transfer fee .

“We must show respect to the family. There is a process for recovering the plane,” he said, prior to Sala’s body being identified.

“[We will pay] when we think it’s the right time to do it. I don’t think Cardiff said we were not going to pay.”