The Senator-elect representing Kogi West senatorial district, Dino Melaye, was on Tuesday charged at the Federal Capital Territory High Court in Apo area of Abuja over allegedly attempting to commit suicide. He was also accused in the six-count charge of attempt to escape from police custody and destruction of police property.

The prosecuting counsel, Dr. Alex Izinyon, SAN, accused Melaye of committing the charged offences on April 24, 2018 when he was being taken to Lokoja from Abuja by the police.

He said Melaye forced his way out of the vehicle in a bid to escape and the senator threatened to drink a substance to kill himself, in order to put the police officers in trouble.

The prosecuting counsel claimed that Melaye broke the glass of the police vehicle thus destroying the police property which is an offence according to sections 148, 153, 173, 231, 326 and 327 of the Penal Code. 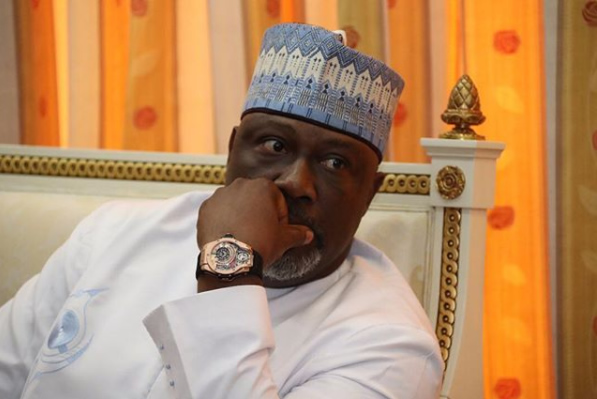 Reacting to these, Melaye denied all charges and was released by an earlier bail of N5 million and two sureties granted to him..

He was released as he was covered by an earlier bail of N5 million and two sureties granted him.

Justice Sylvanus Oriji recalled that the bail was granted when Melaye was arraigned at the court on July 25, 2018.