The governorship candidate of the All Progressives Congress  (APC) in Delta state, Great Ogboru, has called for the cancellation of election results declared by the Independent National Electoral Commission (INEC)

Ogboru made the call while addressing newsmen in Abraka area in the state, describing the results as unreal. 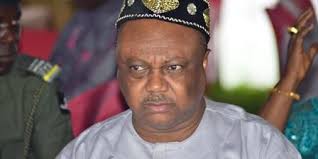 He alleged that the PDP was supported by security operatives to disrupt the election process which according to him was flawed by “massive rigging and violence,”

The APC candidate insisted that the exercise was marred across the 25 local government areas of the state, adding that his party is providing support to challenge the aftermath in court.

INEC had on Monday declared the incumbent governor, Ifenayi Okowa  of the People’s Democratic Party as the winner of the election.