The entire Dapchi community has been thrown into a sorrowful mood, following the invasion of the school by the insurgents which led to the closure of the institution (in the meantime) by the state government.

However, hope seems to be returning to the community as some of the students reportedly held hostage managed to escape the terrorists’ enclave.

In an exclusive interview with Channels Television, one of the students Sadiya Mohammed narrated her experience in Hausa language. 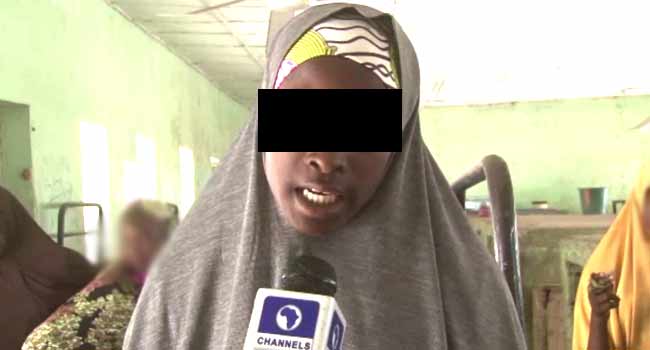 She said: “Honestly, we are saddened with the abduction because we don’t really gain; sitting idle at home with the value of education in our modern world cannot be over-emphasised.

“110 of us were abducted, including my best friend, Zahra Mohammed, who will do all things together. I call on the government to look at the pathetic situation to intensify efforts towards the rescue of our colleagues.”

It is 10 days since the students were declared missing by their school authorities, as their parents have called on the Federal and state governments to ensure their safe return.

President Muhammadu Buhari, obviously worried about the situation, has given the assurance that he would ensure the safe return of the girls and other citizens in the captivity of the outlawed group.

“I want to reassure you of the commitment of President Muhammadu Buhari in getting all these girls back,” he said.

“This is a primary responsibility that rests not only on his shoulders but on mine, as well as all my colleagues who are here and on those who are also operating elsewhere.”

On his part, Governor Geidam called for improved cooperation among religious, community and military leaders to ensure the speedy return of the girls.