The police in Lagos state have arrested a group of cultists that were carrying out new initiations into a newly formed  secret confraternity named ” THE NEW BLACK MOVEMENT OF AFRICA”, a breakaway faction of the AIYE cult group, at about 12am  at Jakande estate, Ajah Lagos yesterday Thursday August 6th. 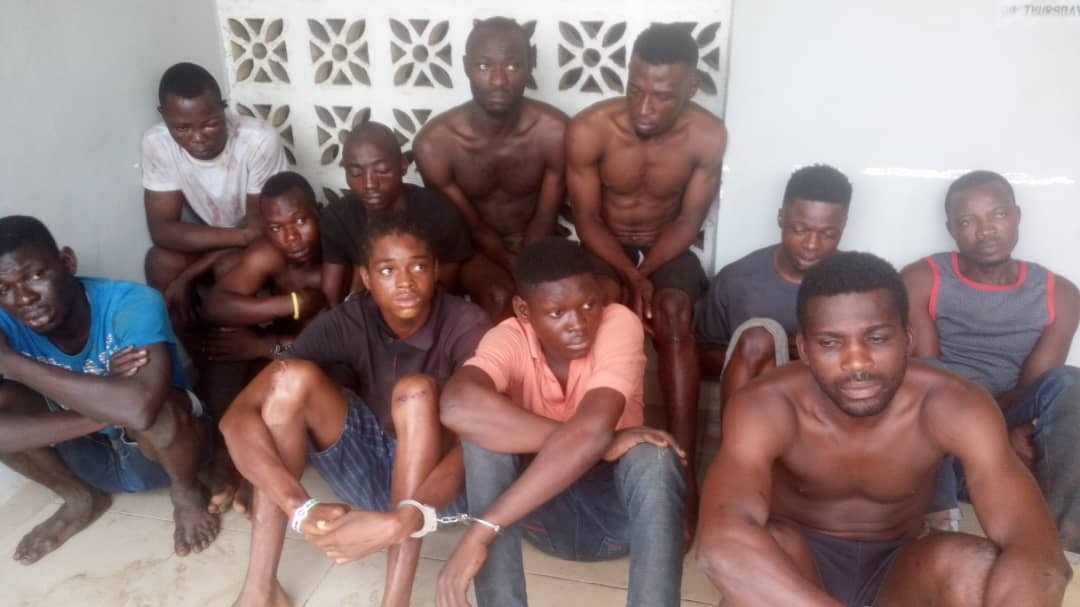 A statement by the command’s spokesperson, CSP Chike Oti, says one of the  recruits who couldn’t endure the torture and other initiation rites he was subjected, bolted for his dear life and ran to his mother’s house  at Jakande estate, Ajah Lagos. Miffed by the apparent show of cowardice by the intending recruit and the fact that he may give them up to the police, the group chased him to his mother’s residence and began to beat up everybody in sight, at same time, robbing residents of the estate who were woken up by their noise.

Unfortunately for the group, the mother of the runaway boy, sneaked out of the house and a placed a distress  call to the Divisional Police Officer in charge of  Ilasan division, CSP Onyinye Onwuamaegbu who led a contingent of policemen to the estate and arrested eleven members of the group, all males;  namely, Godwin Victor, Benjamin Daniel, Saviour Anioffiong, Lawal Ibrahim, Shola Odekunle, Sodiq Olawuyi, Segun Fagbohun, Bashiru Lawal, Chinedu Francis, Wahab Adams and Ifarinde Adeniyi. 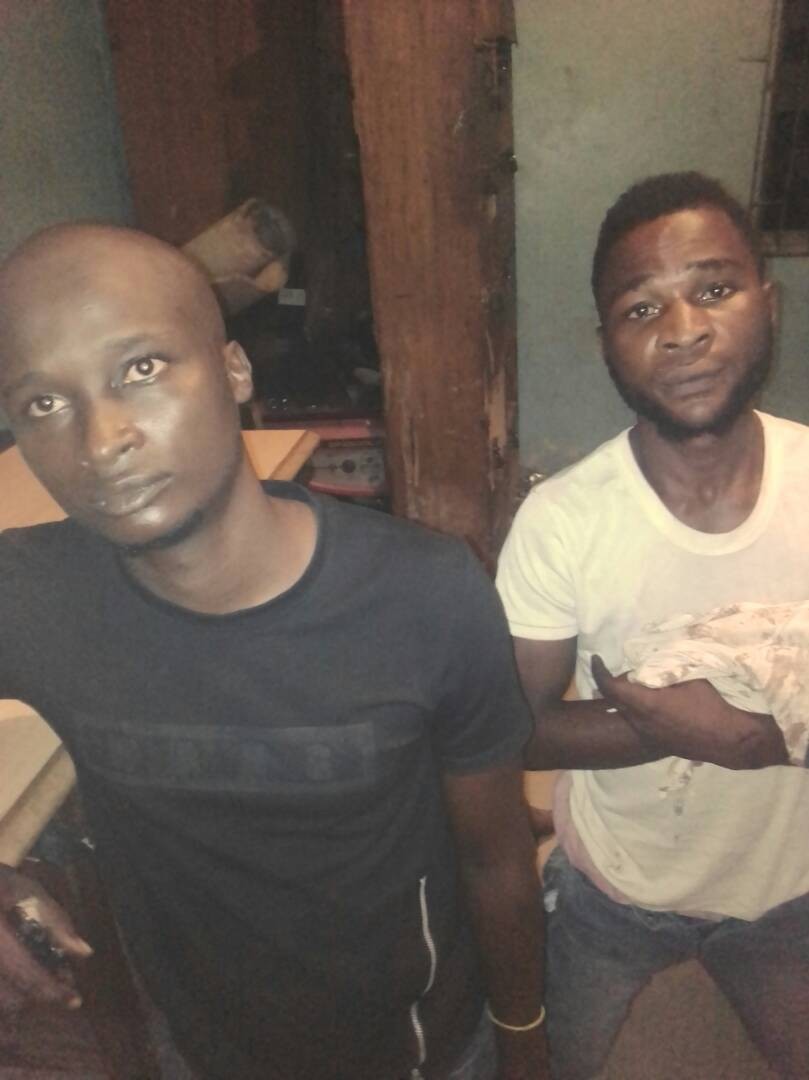 In a related development, two notorious cultists, Rasheed Yusuf aka Radical and Abel Okwo, were arrested during a supremacy  battle  between the Aiye and Eiye confraternities at Akerele street, Oworonshoki. Meanwhile, the said Abel Okwo was charged to court two months ago by the Command for cult related offences only to come back to terrorise the town the more.

The Commissioner of Police,  Lagos State, CP Edgal Imohimi, vows that the Command will not relent in its efforts at ridding the state of members of these unlawful societies. He therefore calls on parents to hold heart to heart talks with their children, male and female alike, on the evil consequences of belonging to cult groups. He thanks Lagosians for always providing the Command with information about the activities of these outlaws and solicits for more cooperation.