A president who preaches austerity and ‘living within your means’ has no problems defending his daughter’s use of a presidential jet. 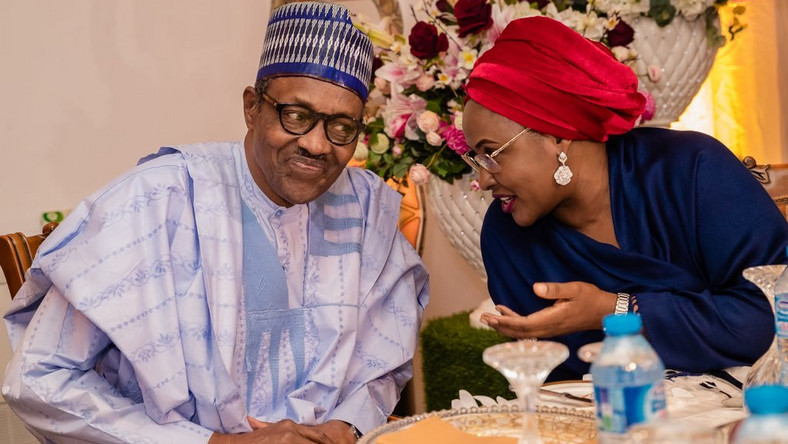 You know, there was a time when we actually believed it.

That Katsina-born Muhammadu Buhari is a frugal, parsimonious, austere, disciplined, sandal-wearing ascetic who shuns the finer things of life, who has just a couple of houses to his name in Kaduna and Abuja(houses probably donated by friends), who owns just over a 100 cattle, who will fight corruption with every fibre of his being because he despises the corrupt, who will sell off some of the aircraft in the presidential fleet to cut maintenance cost and who is content with a sachet of Milo and Peak milk because you really do not require that much to have a decent meal.

That was before Buhari began traveling the world at every opportunity in the nation’s jets, made sure his son purchased a power bike for himself, overhauled his wardrobe to reflect the most expensive designer outfits and shoes; and defended his youngest daughter’s use of a presidential jet.

The man has been selling us virtues he can’t subscribe to.

This week, the Buhari presidency has been on trial once more for hedonism. And as usual, critical Nigerians are being told where to shove it.

Hanan Buhari, who recently graduated from Ravensbourne University in London with a first class degree in photography, was said to have been invited by the Emir of Bauchi, Rilwanu Adamu, to a Durbar event as a special guest of honour.

So she jumped aboard the presidential jet with a coterie of fawning aides and off she went. I was half expecting the story and the accompanying images of Hanan cat-walking on the runway with the jet behind her, to be false, until the presidency actually owned up to it all through spokesperson Garba Shehu. 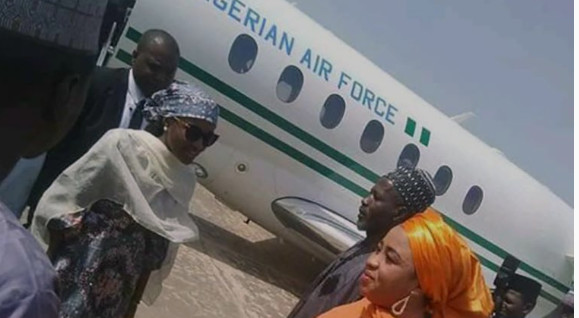 Buhari’s daughter, Hanan was on Thursday, January 9, 2020, allowed to use a presidential jet for her trip to Bauchi state. (Punch)

It’s true that a member of the First Family was flown to Bauchi yesterday on a mission duly authorised. It wasn’t an impromptu or improper trip because it followed normal procedure”, Shehu, who has been accused by the president’s wife of taking orders from a cabal, said. “The presidency informed the National Security Adviser of the mission who in turn informed the Commander of the Presidential Air Fleet.

Assuming, for the sake of a debate, that it is legal to make the nation’s presidential jets available to any one of the president’s children when they so desire, what does it say about Buhari’s vaunted image as a ‘commoner loving’ ascetic who once made it clear that he was the only person elected president, therefore other members of his family, including his wife, shouldn’t expect to be handed the special privileges and perks that come with his office?

What does allowing Hanan use of the nation’s air-force jet whenever she desires say about a president who has asked everyone not to live above their means? What does allowing Hanan use of a jet when she could have flown commercial or traveled to Bauchi by road say about a president who hates ‘lazy Nigerian youths’ and who wants young people to earn their keep by shunning the finer things in life?

If a president can’t trust his kids to use the roads or fly commercial, why should the rest of us? What does this say about the president’s promise to fix Nigeria’s deplorable road surfaces?

By defending Hanan who also caused a Delta state-based businessman, Anthony Okolie, to be detained by the Department of State Services (DSS) for ten weeks because he purchased a mobile number which she once used and discarded, the presidency and the president erase all doubts concerning the hypocrisy tag that the Buhari presidency has since been labelled with. This presidency, everyone can now agree, preaches one thing and practices the other.

And whatever side of the nation’s political divide you subscribe to, you’ve got to admit that this whole saga is bad for the optics of the Buhari presidency.

We really should have known that a president who sought votes across Nigeria whilst perched in private jets donated by cronies circa 2014, 2015, 2018 and 2019 will bend over backwards to allow any member of his family to partake in the good life as well.

We really should have known.

Doguwa Says APC Is In Absolute Control Of Kano State

Doguwa Says APC Is In Absolute Control Of Kano State