42 people were killed in an accident which happened close to midnight of November 15, in Southern Zimbabwe, after a passenger’s gas cylinder exploded. 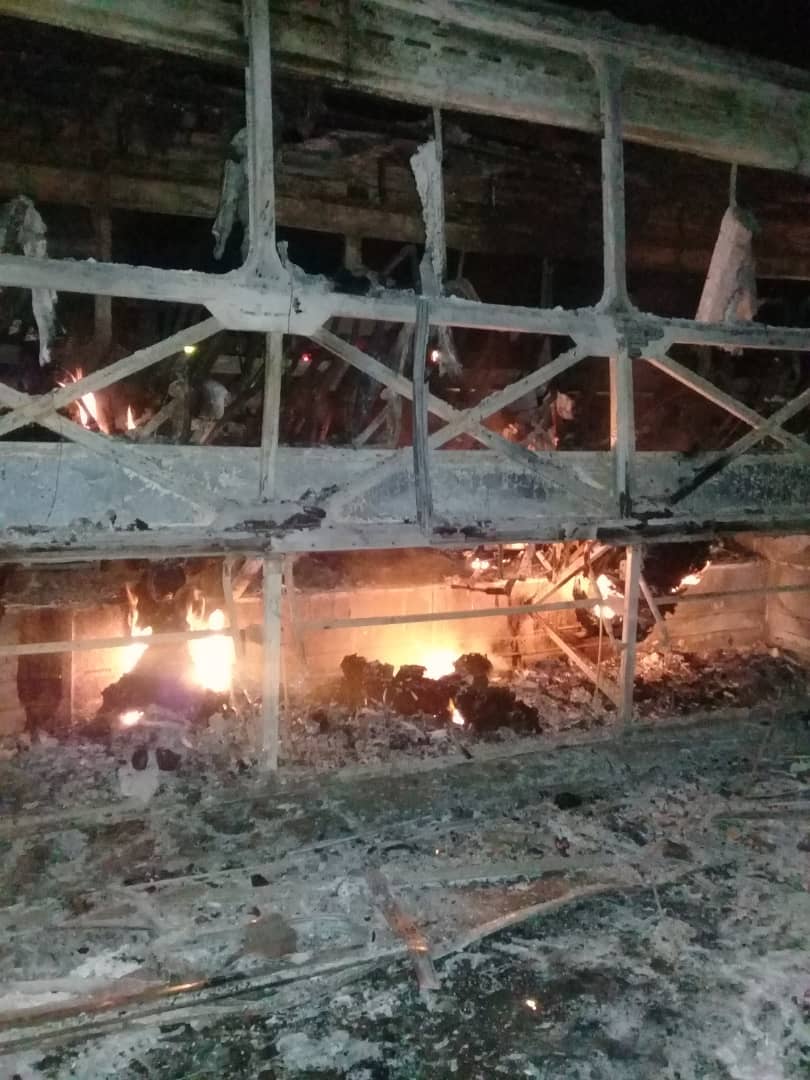 Local Police spokesman Charity Charamba told AFP that the cause of the explosion is unknown and that at least 42 people have been recorded.

“At the moment, we know that more than 42 people have died”

It was reported by Reuters that, the bus was traveling from Bulawayo city to the border town of Beitbridge when it caught fire around midnight after a suspected gas tank leak. A picture on the broadcaster’s website showed the bus’s incinerated shell.

Those who survived are said to be battling with serious burns. Photos shared on social media show the entire bus engulfed in a blaze. It has been reduced to rubble.

This is the latest in a string of bus accidents to rock the southern African country. The most recent being a bus collision that claimed scores earlier this month. Africanews reports.

COVID-19: God Will Sheath His Sword in Six Days Time And Heal Us All – Oluwo Of Iwo