Three schoolgirls who were detained in Burundi for doodling on a picture of President Pierre Nkurunziza,  have been expelled from school.

The girls, who are all minors, were detained for six months at Ngozi Central Prison after being charged for “insulting the head of state,” President, according to the rights agency.

Their detention triggered nationwide criticism, with many taking to social media to post defaced pictures of Nkurunziza with the hashtag #FreeOurGirls.

According to Human Rights Watch Central Africa director, Lewis Mudge, while speaking with journalists, “ A boy, who was not charged with any offences but was arrested as part of the initial group of seven, and another girl were also expelled”

“The charges still haven’t been dropped, and they have now been expelled from school and this is affecting their right to education,” Mudge said.

He noted that authorities decided to expel them from the l’Ecofo Akamuri School in Kirundo province in Burundi’s north. 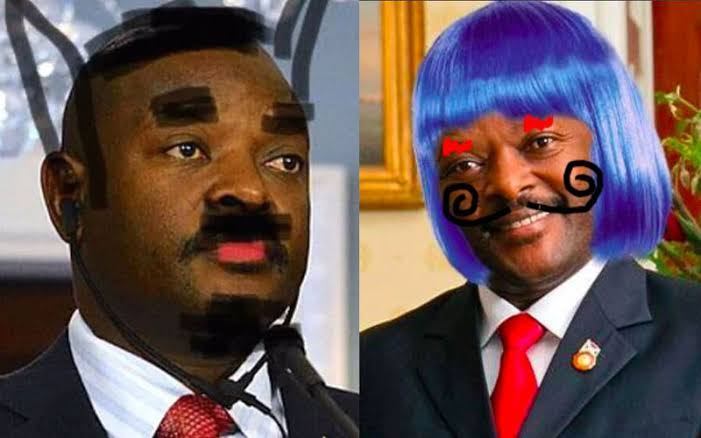 A letter dated March 20 from the school stated that the students violated school regulations by “falsifying their schoolbooks.” CNN reports

The letter read “As stipulated by the school regulations in Article 31 paragraph 28, these five students are permanently expelled from school,”

The letter, signed by the school’s director Isaie Nkinzingabo, also stated that the students will have to enrol at another school in the following academic year.

“This demonstrates the way schools are being politicized in Burundi, It also shows there are some individuals who are saying that this is such an intolerable act they feel the need to permanently expel these children,” Mudge said.

In 2016, agents of the National Intelligence Service Of Burundi arrested eight secondary school students for allegedly insulting Nkurunziza by writing phrases like “Get out” or “No to the 3rd term” on a picture of the President in a textbook, according to Human Rights Watch.

The same year, hundreds of children were expelled from several schools for scribbling on the President’s face in their books.

President Nkurunziza, who has been in office since 2005, was re-elected to a third term in 2015, despite massive protests and concerns over the legality of running beyond his second term, but the country’s constitutional court ruled that he was eligible because he was picked by parliament, not elected by people, during his first term.

JAMB: Why We Are Yet To Reveal Any Result
9 Things People Don’t Know About The Burnt Notre Dame Cathedral