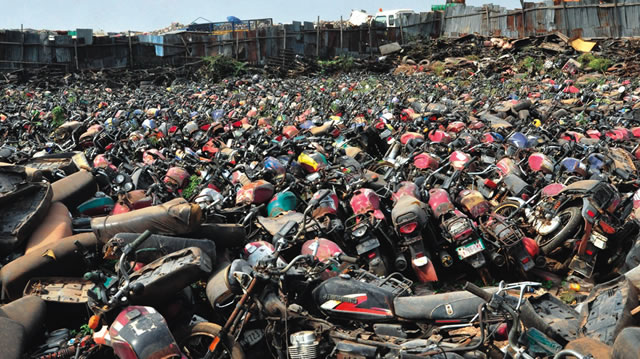 Lagos State Government has banned the movement of Commercial Motorcycles, known as Okada, and Tricycles known as Keke Napep, in some Local Government Areas, Bridges, and Highways in the state.

The government said the full enforcement of the ban would commence on February 1, 2020.

This was contained in a tweet by Governor Babajide Sanwo-Olu’s Senior Special Assistant on New Media, Jubril Gawat, on Monday.