More than 30,000 people have fled the northeast Nigerian town of Rann and across the border to Cameroon in recent days because of fears of renewed Boko Haram attacks, the UN, civilian militia and residents said on Tuesday. 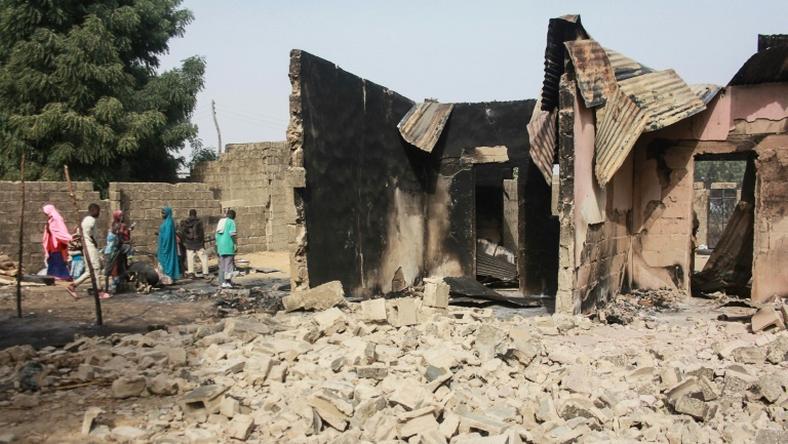 Rann, in northern Borno state, near the border with Cameroon, has been repeatedly attacked by Boko Haram, most recently on January 14, when the jihadists targeted a military base.

“Nigerian refugees continue to arrive in very remote and impoverished communities in neighbouring countries,” he added.

“All the population seems to be panicking and they are on the run as a preemptive measure to save their lives.”

Humanitarian organisations working in Rann said the attack earlier this month forced some 9,000 people to flee into Cameroon.

But they were sent back, as Cameroon deployed troops to reinforce the town as part of the regional military response against the Islamist militants.

“It was a bit peaceful but as far as we understand now, that multinational taskforce has left,” said Baloch, adding that refugees had told aid workers Boko Haram “promised to return”.

Walid Abdallahi, who was among those who fled, said there was now “not a single resident in Rann” and that Boko Haram had been “in control” of the town since Monday.

“We all left the town as soon as the Cameroonian soldiers withdrew because we knew we were vulnerable to Boko Haram who would no doubt launch an attack,” he told AFP.

Abadallahi said the remaining Nigerian soldiers also withdrew “because their number was too small to face Boko Haram when they attacked”.

His account was supported by an aid worker who left Rann after the January 14 attack but remains in contact with those in the area, and a civilian militia source.

“There were over 35,000 IDPs (internally displaced people) in Rann and all of them have fled to Cameroon,” the aid worker added.

The civilian militia source said Cameroonian soldiers withdrew on Sunday and Nigerian troops were now based in Ngala, nearly 40 kilometres (25 miles) away.

“The terrorists set fire to most houses in the town and have taken strategic positions in anticipation of military operations to push them out,” he added.

News from Rann came as the UN in Abuja launched an appeal for $848 million (741 million euros) to fund projects in Borno and two other northeast states over the next three years.

An additional $135 million was required to help the 228,500 Nigerian refugees who have fled to neighbouring Cameroon, Chad and Niger, it said.

Nigeria’s government has said Boko Haram has been virtually defeated, despite persistent attacks against the military and civilians.

The UN said aid agencies’ access to people in hard-to-reach areas was largely unchanged in the last year, indicating security conditions had not improved.

Some 260 aid workers have been forced to pull out of three local government areas in Borno in recent months because of fighting.

Many IDPs have had to move several times as a result of attacks and are unable to return home. An average of 4,500 people were displaced every week in 2018,it added.

“Civilians still bear the brunt of a conflict that has led to widespread forced displacement and violations of international humanitarian and human rights law,” said the UN humanitarian coordinator in Nigeria, Edward Kallon.

“New and protracted displacement, triggered by the conflict, continues to affect access to basic services and disrupts the livelihoods of millions of people.”

Mass Defection From APC Projects Victory For PDP In Edo