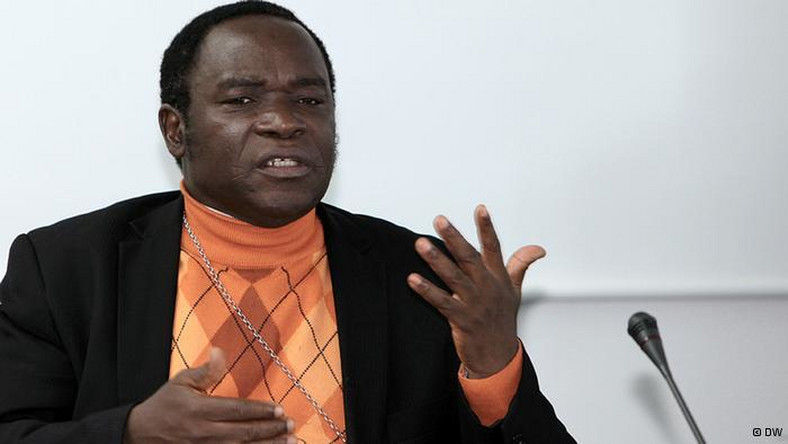 Bishop Mathew Kukah of the Catholic Diocese of Sokoto, says Nigeria is not the kind of nation any sane person should lay their lives for.

The Bishop made the remarks at the Good Shepherd Major Seminary, Kaukau, in the Chikun Local Government Area of Kaduna State, shortly before the burial of a seminarian who was killed by kidnappers.

Bandits, terrorists and kidnappers have become a lot more brazen in recent times, as the federal government continues to grapple with the challenge of securing over 200 million Nigerians.

Kukah lamented that while citizens of some countries are willing to lay their lives for their nations, Nigeria leaves you with no choice but to turn your back on your nation.

“Nigeria is at a point where we must call for a verdict. There must be something that a man, nay, a nation should be ready to die for.

“Sadly, or even tragically, today, Nigeria, does not possess that set of goals or values for which any sane citizen is prepared to die for her,” he said.

Kukah also said political officeholders would rather die to preserve their privileged positions than sacrifice themselves for the good of the nation.

Kukah said, “perhaps, I should correct myself and say that the average officeholder is ready to die to protect his office but not for the nation that has given him or her that office.”

“The Yorubas say that if it takes you 25 years to practice madness, how much time would you have to put it into real life? We have practiced madness for too long.

“Our attempt to build a nation has become like the agony of Sisyphus who angered the gods and had to endure the frustration of rolling a stone up the mountain. Each time he got near the top, the gods would tip the stone back and he would go back to start all over again. What has befallen our nation?”

A prolific writer and columnist, Kukah never shies away from issuing his take on the perennial Nigerian conundrum.

The federal government recently hit back at Kukah after the clergyman compared the Buhari led administration to the terrorist Boko Haram sect.