The Board of Directors of Access Bank Plc (the Bank) is delighted to announce that its Chairman, Mrs. Mosun Belo-Olusoga will be retiring in January 2020. 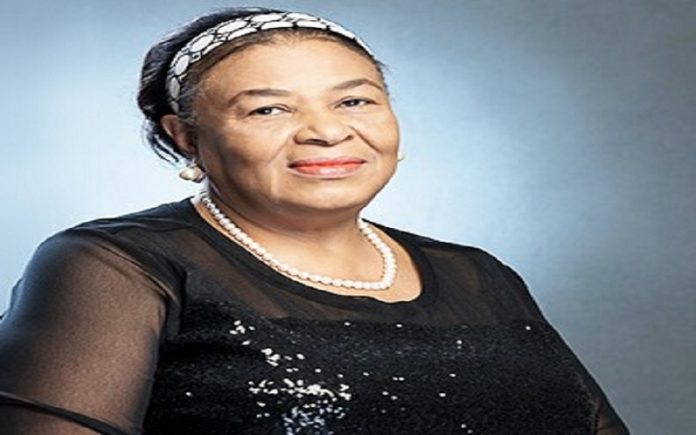 This follows her completion of the maximum 12- year term limit allowed by the Central Bank of Nigeria’s Code of Corporate Governance for Banks and Discount Houses. Mrs Belo-Olusoga became the Chairman of the Board in July 2015.

Mrs. Belo-Olusoga has confirmed that she has no disagreement with the Board and there are no issues relating to her retirement that need to be brought to the attention of the shareholders of the Company or the regulatory authorities.

To lead the Board in the next phase of Bank’s transformation into becoming Africa’s Gateway to the World, the Board has in line with its robust leadership succession plan appointed Dr. (Mrs) Ajoritsedere Awosika,

MFR as the Chairman of the Bank when Mrs Belo-Olusoga steps down on January 8, 2020.

Dr. Awosika joined the Board in April 2013 as an Independent Non-Executive Director and has been the Chairman and Vice Chairman of the Board Credit and Finance Committee and the Board Audit Committee respectively in addition to membership of other Board Committees.

She is an accomplished administrator with over three decades experience in public sector governance.

She was at various times, the Permanent Secretary in the Federal Ministries of Internal Affairs, Science & Technology and Power.

Dr. Awosika is a fellow of the Pharmaceutical Society of Nigeria and the West African Postgraduate College of Pharmacy.

She holds a Doctorate degree in Pharmaceutical Technology from the University of Bradford, United Kingdom.

She is the Chairman of Chams Plc and Josephine Consulting Limited and a Non-Executive Director of Capital Express Assurance Ltd.

The Board would like to express its appreciation to Mrs. Belo-Olusoga for her contributions to the Bank’s transformational growth and wishes Dr. (Mrs.) Awosika success in her new appointment.