Super Eagles Foward Ahmed Musa has fulfilled his promise of giving a million Naira, for every goal scored by the u23 golden eaglet side in their encounter against Libya in Asaba, Delta State on Monday 25 march 2019.

The game ended in a 4-0 score as the golden eaglets scored their way to qualify for next year’s olympics.

A Victor Osimhen hat-trick and an assist inspired the Nigerian side to overturn a two-goal deficit after they had lost 0-2 away in Libya last week. 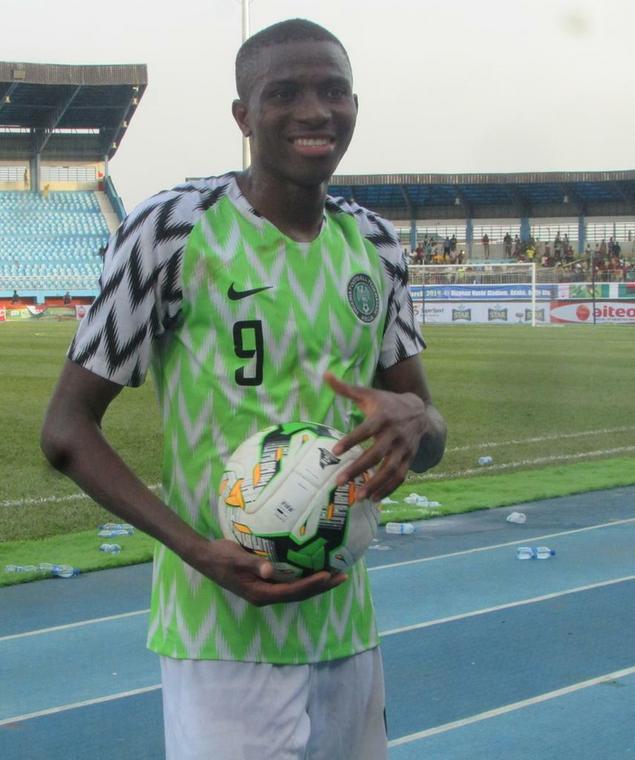 The Super eagles star made the promise when himself and Gernot Rohr went to visit the team last Saturday during their training in Asaba.

The Super Eagles Will Face The Pharoahs Of Egypt at the Stephen Keshi stadium in Asaba, this Evening By 6pm.

Join Us for Live Update on e247mag.com.